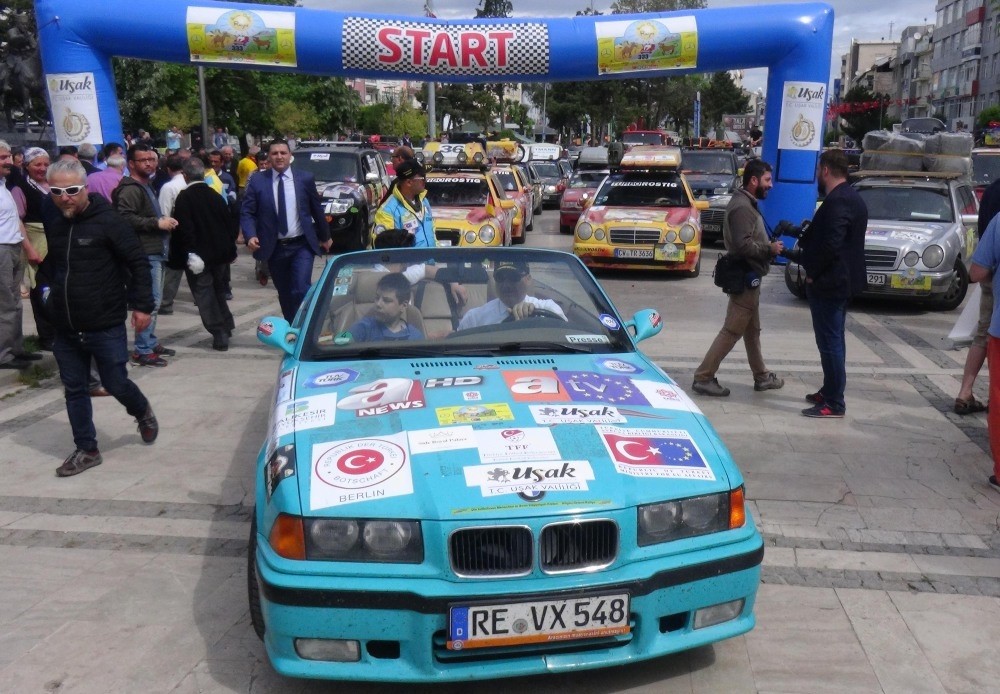 The Allgau-Orient Peace and Friendship Rally sponsored by Daily Sabah made its way to Dalyan, a popular resort town in the southwest, as German and Turkish drivers continue to tour Turkey before heading to Jordan

Getting behind the wheels of classic German-made cars, from Mercedes to BMWs, 280 participants set out from Germany's Oberstaufen 10 days ago in an ambitious rally to reach Jordan. Sponsored by Daily Sabah, yesterday the Allgau-Orient Peace and Friendship Rally reached Uşak, a small western city, the beginning of the next stage of the event that will take them to Dalyan, a popular vacation resort notable for its thermal mud baths, a pristine beach and lush greenery.

A total of 140 cars carrying participants from 11 countries entered Uşak with great fanfare. Gathered in the square at the start line, motorists and passengers were welcomed by Uşak Governor Ahmet Okur. After reaching their destination, the drivers then headed to historic landmarks in the city from a canyon to ruins of a Roman-era city.

The 12th edition of the transcontinental rally that will run for more than three weeks set off from Germany on May 7 to promote peace and friendship. Participants traversed central and eastern Europe and headed to the final destination of Jordan before a stopover in European countries and Turkey.

The Allgau-Orient rally is not a racing event per se, but rather serves as a platform to bring people from different countries together. The rally, which traditionally starts in Oberstaufen and ends in Jordan, was organized by an association bearing its name, which was founded in Oberstaufen by a group of German and German-Turkish citizens.

Along with Daily Sabah, Turkey's Ministry of European Union Affairs sponsors the rally where mostly old German-made cars such as old Mercedes models are used. Nadir Serin, one of the co-founders of the event, said in a recent press conference that the rally had multiple purposes. For Turkey, Serin said it also promotes tourism as participants from various countries tour the country from Istanbul to Antalya in the south as well as border cities, adding that about two-thirds of the rally takes place inside Turkey. Before reaching Turkey, drivers traveled across Germany, Austria, Slovenia, Hungary, Romania and Bulgaria. After Turkey, they travel to Israel and Palestinian territories before arriving in Jordan.

A "low-budget, affordable" rally according to organizers, the rally requires participants to drive cars at least 20-years-old, while motorcycles are also allowed to participate.

The first team to finish the rally will be awarded a camel that must be donated to the host country.