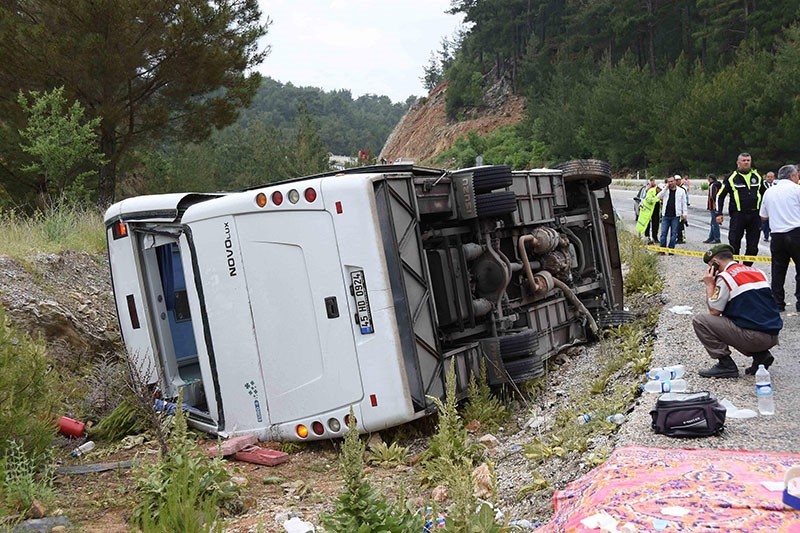 Turkish officials say 18 people, including 16 Ukrainian tourists, have been injured in a traffic accident in southwestern Turkey.

The Muğla governor's office said in a statement that the bus was traveling Thursday from popular tourist destination of Bodrum to natural landmark of Pamukkale in Denizli province when it skidded on a rainy road and tipped over.

The group's Turkish guide was also injured. The governor's office said there were no critical injuries and all were receiving medical treatment in Muğla.

The tour group was initially reported as Russian. However, the Russian embassy clarified that the group was Ukrainian, according to comments carried by the Interfax news agency.

Another bus accident on Saturday killed 24 Turkish citizens when a bus flipped over on a bend in Muğla.

"According to information from the Muğla governor's office, Ukrainian citizens were aboard the bus. There were no Russians among them," the Russian embassy was quoted as saying.