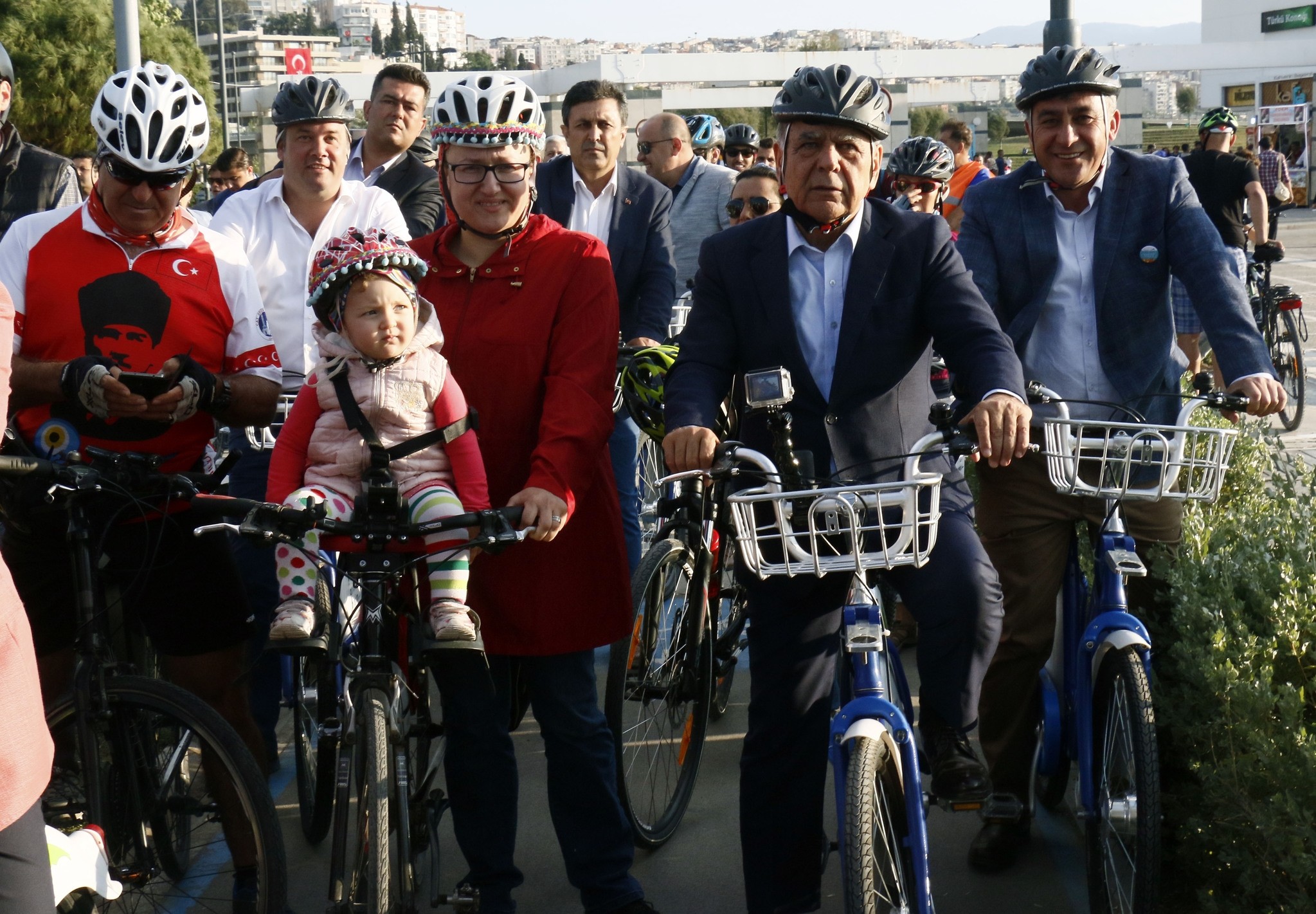 Kocaoğlu along with district mayors got on their bicycles to promote the competition.

The European Cycling Challenge is an urban cyclists' team competition, which takes place every year in the month of May. It is a competition between 52 European cities, where the city that 'rides' the longest total distance wins.

Currently, Izmir occupies the second place just behind Poland's Gdansk with some 30,000 kilometers (18 640 miles) behind.

"If all our fellow townsman would join the competition and ride their bicycles, the chance of us coming in first place is very high," Kocaoğlu said.

The mayor invited everyone to contribute to the challenge during the last week of the competition.