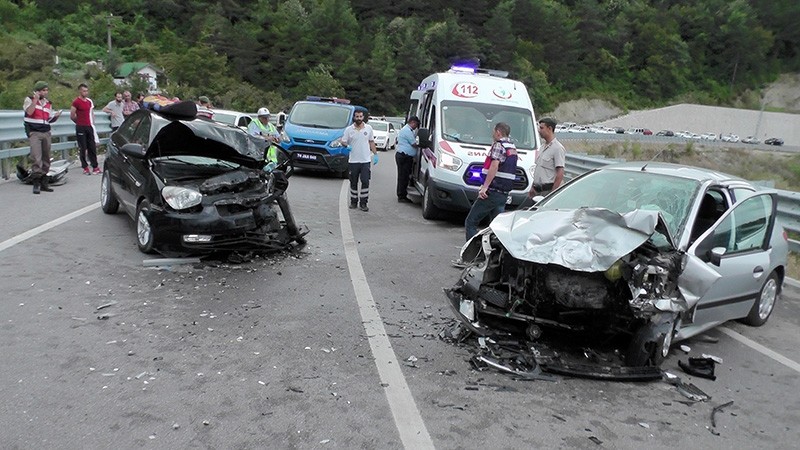 Despite safety measures, public campaigns, media reports and even pleas from top government officials, traffic accidents, mainly due to excessive speeding, carelessness and fatigue, have led to 98 deaths and 423 injuries in 142 accidents throughout Turkey during the first nine days of the 10-day holiday for Qurban Bayram (Feast of the Sacrifice), also known as Eid al-Adha.

Eid traffic began on Friday, August 25 with millions of people taking to the roads to spend the holiday at tourist resorts or in their hometowns. The jumpstart on traffic came as a result of a cabinet decree, which announced the extension of the administrative break for public servants to 10 days for the holiday.

The Turkish National Police and the Gendarmerie Command has put measures in place to ensure smooth and accident-free travel during the holiday, including the implementation of radar speed-trackers, drones and even mock police vehicles.

The number of traffic checks and checkpoints were increased throughout highways, where police and gendarmerie officers greeted motorists to offer candies for Eid while carrying out routine inspections.

"I specifically appeal to our citizens who took or will take to roads with their vehicles for bayram visits to follow traffic rules," Erdoğan said, adding that every life lost in traffic accidents caused pain for the entire nation.

Nonetheless, traffic accidents, which have become an infamous bayram tradition, continued despite all efforts.

August 29, 30 and 31, when holiday began for private sector workers with the Victory Day and the eve of Eid, were the deadliest days thus far in terms of holiday traffic accidents, with 37 deaths and 179 injuries reported on the three days.

During the first three days of the bayram, September 1-3, 35 people died and 103 were injured in 38 traffic accidents across the country.

Officials warned motorists be extra careful during the return journeys, which are expected to accelerate late Sunday and throughout Monday.

Last year, 103 people died and over 7,000 were injured in traffic accidents during the nine-day Eid holiday, which was a 27 percent decrease compared to 2015, according to the data from the Interior Ministry.

The Turkish National Police previously stated that in 2016, 413,169 traffic accidents throughout Turkey claimed the lives of 7,300 people while injuring 303,000 others, in addition to creating a huge financial burden.