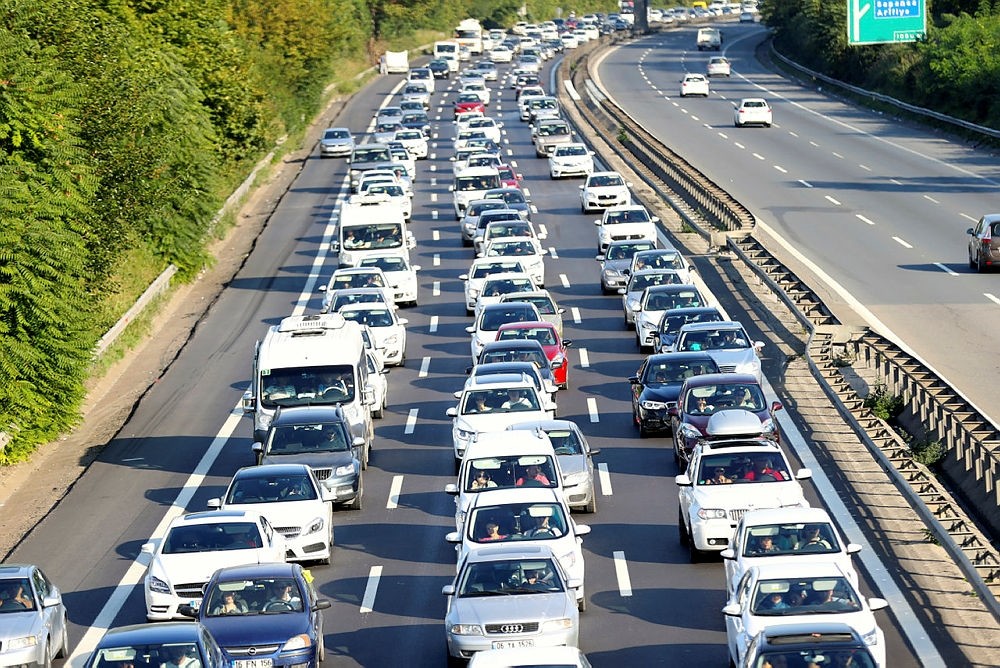 A total of 100 people died and 439 others were injured in 148 road accidents across Turkey during the 10-day Eid al-Adha holiday, the Muslim festival also known as Qurban Bayram, despite new measures taken to ensure road safety, the Interior Ministry announced.

The death toll is expected to rise as most of the travelers, an estimated 7 million people, hit the road to return to big cities from the country's southern, northern and central areas. Officials warned motorists be extra careful during the return journeys, which are expected to accelerate late Sunday and throughout Monday.

Eid traffic began on Friday, August 25 with millions of people taking to the roads to spend the holiday at tourist resorts or in their hometowns. The jumpstart on traffic came as a result of a cabinet decree, which announced the extension of the administrative break for public servants to 10 days for the holiday.

The Turkish National Police and the Gendarmerie Command has put measures in place to ensure smooth and accident-free travel during the holiday, including the implementation of radar speed-trackers, drones and even mock police vehicles. To ensure safety and monitor traffic violations, more than 52,000 police and gendarmerie troops were deployed across Turkey throughout the holiday.

For the holiday season, the Turkish Interior Ministry has partnered with Yandex, a leading road navigation app in Turkey, to warn drivers of road conditions. The ministry delivered warning messages to drivers via the app for 1,800 spots across the country, all of which have a high rate of accidents. The app popped up a warning message when drivers entered a route with a high accident rate.

Authorities have also launched a new campaign to raise awareness in an effort to prevent traffic accidents that claim thousands of lives every year in the country. The Interior Ministry also sent text messages to drivers providing useful information about rest spots so people can rest while on lengthy road trips.

Traffic accidents and other road incidents happen with increased frequency before and after Muslim holidays in Turkey, when millions travel to visit friends or family. To mark the occasion, a large number of holidaymakers travel en masse to vacation resorts or to their hometowns from big cities like Istanbul. Reckless driving is the major cause of most accidents.

"I specifically appeal to our citizens who took or will take to roads with their vehicles for bayram visits to follow traffic rules," Erdoğan said, adding that every life lost in traffic accidents caused pain for the entire nation.

Last year, 103 people died and over 7,000 were injured in traffic accidents during the nine-day Eid holiday, which was a 27 percent decrease compared to 2015, according to the data from the Interior Ministry.

The Turkish National Police previously stated that in 2016, 413,169 traffic accidents throughout Turkey claimed the lives of 7,300 people while injuring 303,000 others, in addition to creating a huge financial burden. The number of accidents fell by 9.9 percent in 2016 compared to the previous year.