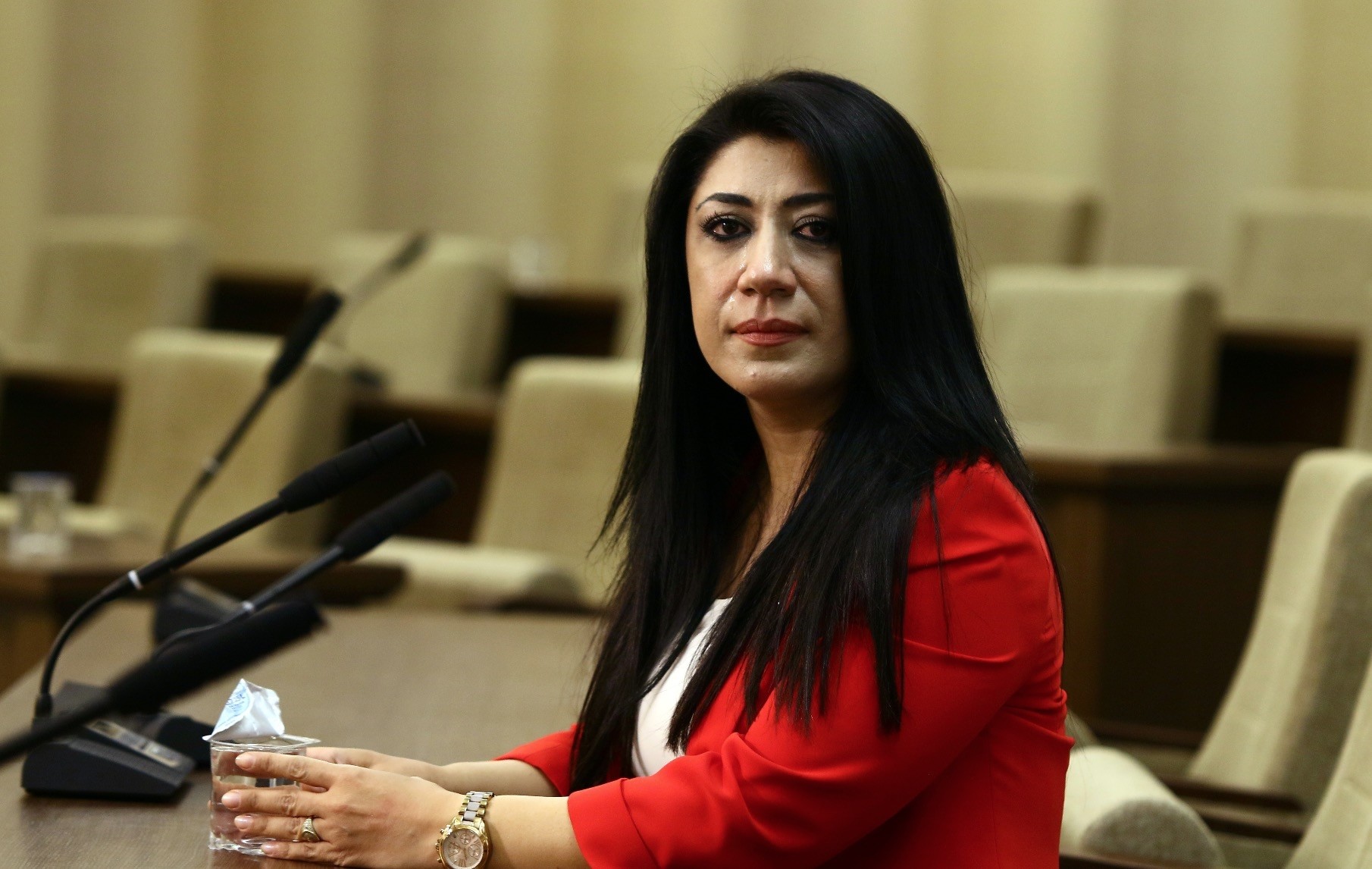 After 14 months in hospital where she underwent nine surgeries, Derya Ovacıklı (L) is finally back to work. A councilwoman for the Kahramankazan municipality in the capital Ankara, Ovacıklı was among the civilians shot by pro-coup soldiers outside Akıncı military base on July 15, 2016. She and others were there to convince the soldiers to lay down their arms and stop them with a human chain if they proceeded to leave the base to seize control of the capital.

Ovacıklı, 39, clearly remembers the moment she was shot by pro-coup soldiers and the emotions that overwhelmed her and others during the confrontation with the soldiers.

"That was a night when [coup plotters] fought our nation. I am honored that I was shot while defending the nation," she says in tears. "I only thought being a martyr before I passed out after I was shot," she adds. Though she constantly cries while recalling the night, she says it is more "pride than drama." "It was our answer to the powers attacking the nation and the country," she says. Ovacıklı was among the hundreds of people from Kazan, mobilized outside the base in the district when they heard that members of the military linked to the Gülenist Terror Group (FETÖ) sought to seize power. Kazan was given the additional title of Kahraman, which means "hero," after the coup attempt.

"I was first shot in the right foot. The bullet pierced right below my knee. Then, the traitor approached and fired again," she says, referring to the soldier who shot her. "This wound will be healed but they left worse scars on us. We see people wearing military uniforms shooting [civilians]. That hurt more," she says. She vividly remembers people lying in pools of blood around her before she passed out. She almost lost her leg but doctors managed to save her, though she says she would "sacrifice" it again for the country. "I would go there again if the same thing happened," Ovacıklı proudly says, just as she did with her husband on July 15, 2016.