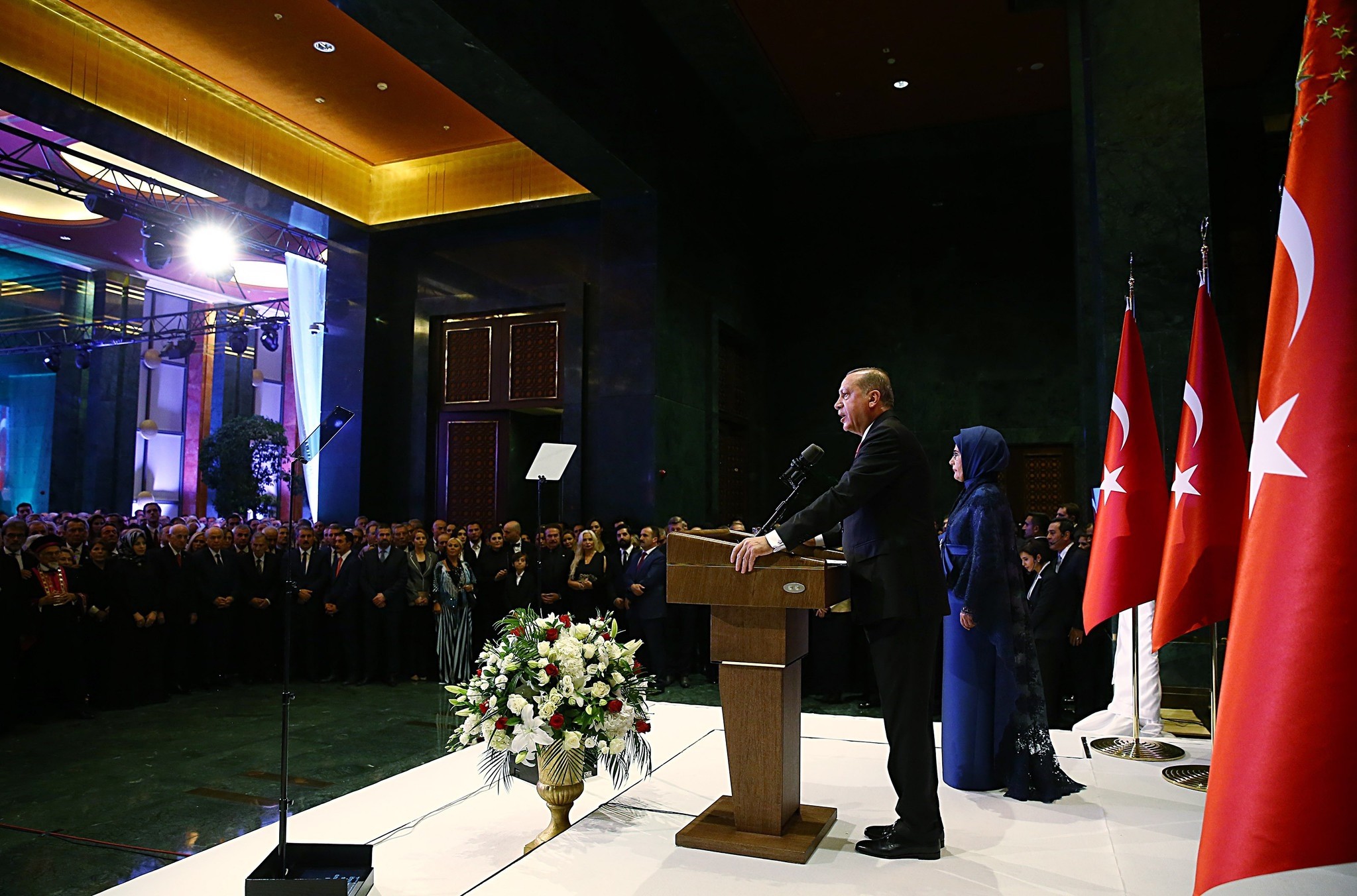 President Recep Tayyip Erdoğan announced the winners of the country's 2017 Presidential Culture and Arts Grand Awards during a reception to mark the anniversary of the Republic Day of Turkey at the presidential complex on Sunday.

Ilber Ortaylı, a veteran Turkish historian, was named as the winner of this year's social sciences award.

Göksel Baktagir, a well-known musician, will get the music award.

Traditional arts award was announced for Ali Toy, "who produces work of arts with a unique synthesis of calligraphy and architectural design," the president said.

Selahattin Kara, known for his Istanbul-focused painting, is the winner of the painting prize.

Late Nurettin Topçu, an academic and writer, will be given the Vefa (Loyalty) award.

The presidential culture and arts awards are annual prizes that have been awarded by Turkish presidents since 1995.

This year's Presidential Culture and Grand Awards ceremony will be held later in this year, Erdoğan said.