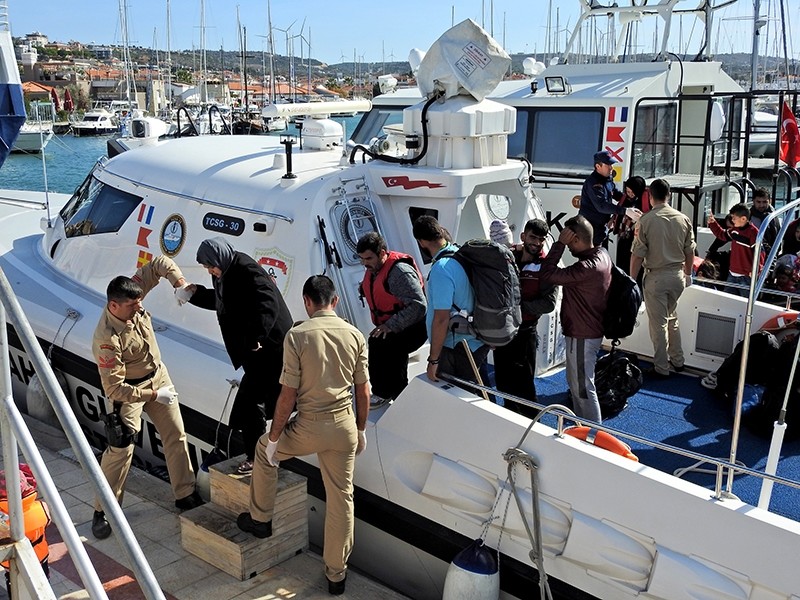 A total of 281 foreign nationals were taken into custody in Turkey on Wednesday for illegally being in the country, according to security sources.

Turkish coast guard units in the western coastal province of Izmir held 54 people, including 38 Syrians and four Afghan nationals who were trying to cross the Aegean Sea in a dinghy.

They set off from the Didim district of Aydın and attempted to illegally reach Greek islands.

Another 48 foreigners, including women and children, were found by the police in the eastern Turkey's Elazığ province.

The foreigners, including Afghan, Uzbek, Pakistan, Turkmenistan and Myanmar nationals, were found near a gas station in the Karakocan district of the province.

The local government offices provided them with food, lodgings as well as diapers and baby food for the infant children among the group.

In another operation in the southern province of Hatay, bordering Syria, Turkish gendarmerie detained 25 Syrian nationals for illegally crossing the border.

The migrants were referred to the Migration Management Authority in the province for legal proceedings.

Meanwhile, five Iraqi nationals were also arrested the same day in the northern Turkish province of Karabük, according to the local governor's office.

The individuals entered the country illegally and had been living in the city without permission, the office said in a statement.

In separate, the security force apprehended 149 migrants and refugees in western Edirne province.

The migrants and refugees from Afghanistan, Pakistan, Bangladesh, Algeria, Tunisia, Iran, Palestine and Syria were dispatched to the provincial migration office of Edirne.