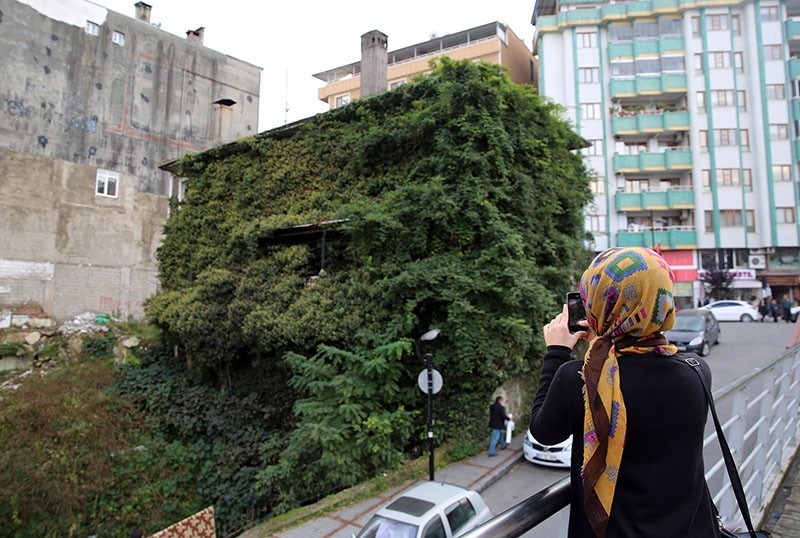 An untended house taken over by ivy in Rize's center city in northeastern Turkey has become a place of interest for locals.

The back wall of the two-story house, left empty by its inheritors, has been completely covered by ivy, resembling a scene from a science fiction novel.

The house's location on a street connecting the city's two main arteries, Atatürk and Cumhuriyet Avenues, make it a frequent stopping point for locals and tourists taking pictures or selfies of this weird urban sight.

The building's front façade is occupied by a grocery store. 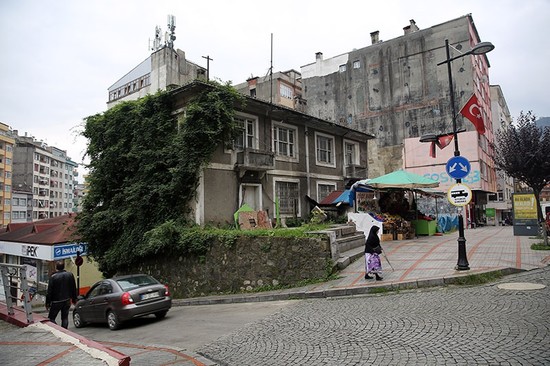 Selçuk Ülgen, a nearby shopkeeper, said the house has turned into an excellent structure after being enwrapped by ivy. "It wouldn't have turned out this way even if we wanted it to. Nature should be left on its own. If I had a place like this, I would never leave it," Ülgen said.

Positioned between the Black Sea and Northern Anatolian Mountain range, Turkey's Black Sea coast has a mild and humid climate, receiving heavy rainfall throughout the year. The region is entirely covered with forests and other vegetation that puts locals to work keeping their farms or houses intact.

Rize and its surrounding province are located where the mountain range reaches its highest elevations, nearing 4,000 meters at Kaçkar Peak. The province has a mild subtropical climate, allowing cultivation of tropical crops including tea and kiwi, and Mediterranean crops such as citrus fruits.