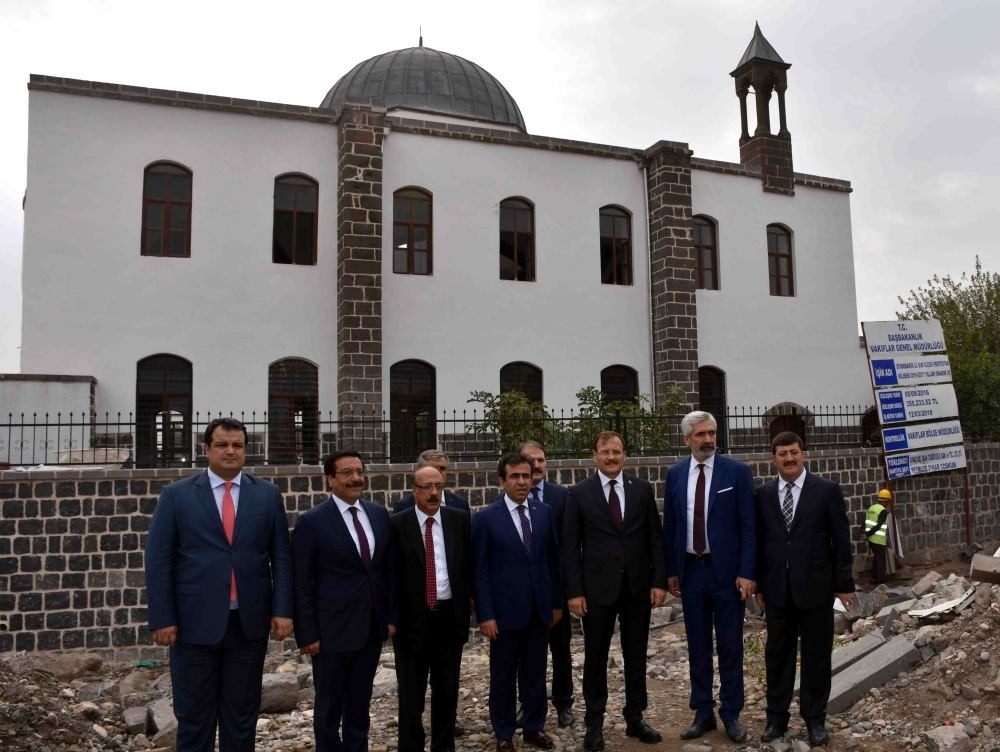 Deputy Prime Minister Hakan u00c7avuu015fou011flu and local officials pose in front of the restored church during a recent visit.
by Compiled from Wire Services Nov 11, 2017 12:00 am

An Armenian Protestant church in Diyarbakır's historic Sur district is the first building whose restoration has been completed two years after it suffered from PKK terrorist attacks.

Sur was the scene of clashes between security forces and the terrorist group whose campaign of violence plagued the southeastern Turkey for decades two years ago. Authorities managed to quell the group's presence, but not before the militants inflicted serious damage to historic structures in the area, from Ottoman-era mosques to Armenian churches.

The church will reopen next year after additional renovations are completed while work is underway for other churches and historical structures in the area.

In an interview with Anadolu Agency (AA) on Thursday, Environment and Urban Development Minister Mehmet Özhaseki said that thousands of houses damaged in the violence in the summer of 2015 will also be rebuilt over the next six months. Özhaseki said 26,000 houses were rebuilt from scratch due to heavy damage.

The General Directorate for Foundations oversees the restoration of 11 historic sites in Diyarbakır. Among them is Fatih Paşa Mosque, also known as Kurşunlu (leaded) because of its lead-covered dome, whose restoration is scheduled to be completed by 2018. It is the first Ottoman building in Sur, and was built in the 16th century.

The striking Armenian Catholic church is one of most damaged buildings in the district, as it lost its bell tower, part of the façade and clergy house during PKK attacks carried out with handmade explosives last year. The church is the only one in the region that reflects 19th century architecture with ceramics and plaster, which will hopefully return to its former state in 2018. Directorate officials have said that the two churches were restored before in 2011, but need renewed restoration after the attacks.