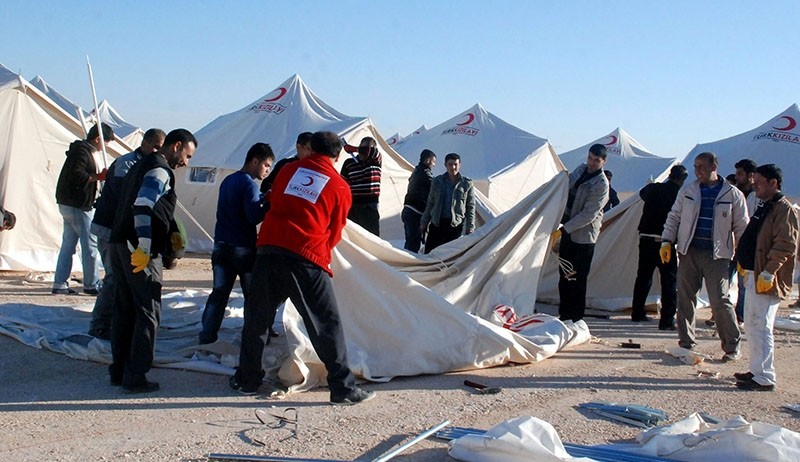 Turkish Red Crescent volunteers were honored on Friday by the International Federation of Red Cross and Red Crescent Societies (IFRC) for their efforts to aid Syrian refugees in Turkey.

Francesco Rocca, the IFRC's newly elected president, handed the Turkish Red Crescent the Henry Davison Award in the Mediterranean resort of Antalya, according to a Red Crescent statement.

Rocca lauded the efforts of Red Crescent volunteers as praiseworthy.

In 2003, the IFRC decided to hand out the Henry Davison Award every two years to individuals or associations who are involved in initiatives to improve the capacity of national communities and serve to improve the lives of vulnerable people.