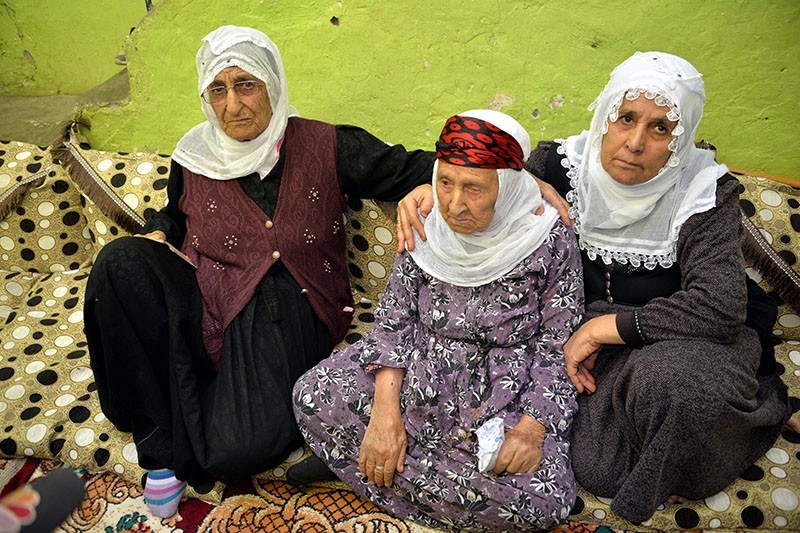 A woman with some 450 grandchildren spanning five generations died Tuesday at the age of 98, at least according to official records.

Şahe Tayurak was found dead in her home in the Sur district of Turkey's southeastern Diyarbakır province late Monday. Her relatives said that Tayurak, believed to be 130 years old despite official records showing she was born in 1919, lost her appetite about 20 days ago.

Tayurak's body was interred in a cemetery in the Bağlar district Tuesday, with many of her relatives and numerous descendants traveling from throughout the country to attend.

In an interview last year, Tayurak claimed she was probably older than 130, saying that she was first recorded in official population registries in 1919, after she had given birth to her fifth child. Her registration took place probably much later than usual amid a tumultuous period marked by World War I, 1915 events and rebellions.

Official records show Tayurak is only seven years older than her daughter, who was born in Jan. 06, 1926. Tayurak married three times, giving birth to seven children.

In the interview, she said her only health complaint was her sight decreasing due to old age, and that the trick to remaining healthy is to make breakfast every morning.

Tayurak said she remembered Republic's founder Mustafa Kemal Atatürk coming to the Silvan district. A general that made a reputation through his successes a year prior in the Battle of Gallipoli, Atatürk visited Silvan once in 1916, when the Ottoman 16th Army Corps he was serving in was deployed in the district to face invading Russians. Since Tayurak remembers Atatürk's service in Silvan, she is probably much older than 98.

Tayurak had also said she remembered the Sheikh Said Rebellion in 1925, and many periods of hunger in the region.