Turkey reaches out to quake-hit Iraq 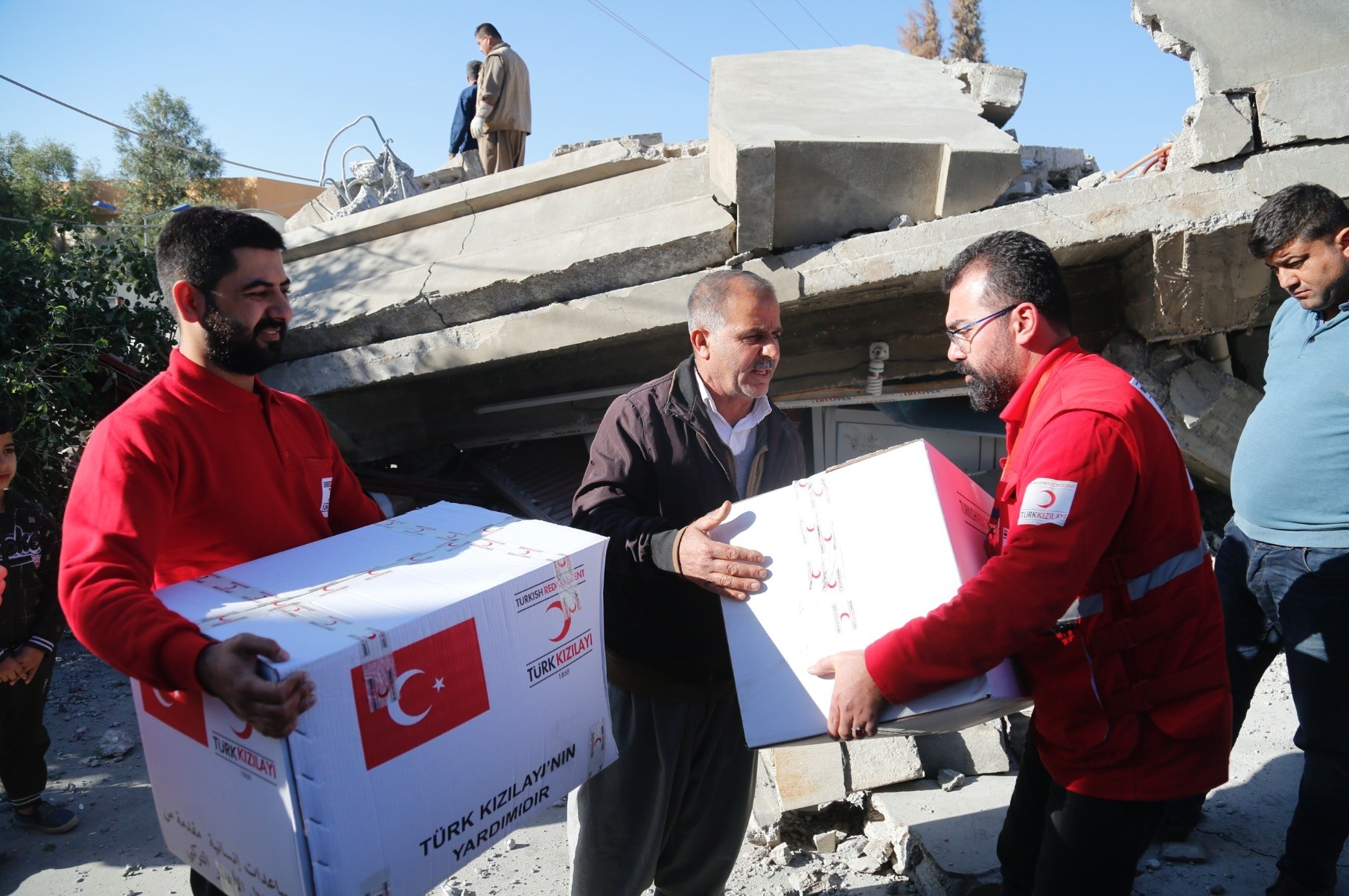 Despite its strained relations with northern Iraq's Kurdistan Regional Government (KRG), Turkey was the first country to respond when a 7.3 magnitude earthquake struck parts of Iraqi Kurdistan late Sunday. After delivering humanitarian aid packages and dispatching search and rescue and medical crews within hours of the quake, Turkish officials remain in the quake-hit region on alert for aid requests.

Only seven people were killed and 535 people were injured in Iraq in the earthquake that killed at least 530 people in Iran, but tremors inflicted great damage to infrastructure and demolished buildings.

An aid convoy of 18 trucks sent by the Red Crescent arrived in Irbil, the KRG capital. AFAD has already sent a 10-person crew, blankets and tents for people displaced by the earthquake by a military cargo plane, which also brought Health Ministry teams to the region. AFAD said in a statement that they are assessing the situation on the ground and what to do to help locals in Darbandikhan, one of the most-affected areas, where the quake also damaged a main dam. Turkish provinces near Iraq and Iran also deployed search and rescue crews on the border on alert to move to quake-hit areas if requested.

AFAD officials said an aid convoy carrying 2,000 tents and 4,640 blankets was on its way to Irbil, while 12 trucks have arrived in the Red Crescent logistics center yesterday.

The Turkish Red Crescent has delivered 3,000 tents, 10,000 blankets, 3,000 heaters and 10,000 beds to the region, which will all gradually be delivered to those displaced. The Red Crescent also sent a mobile kitchen to districts near the epicenter.

Turkey's aid efforts are being coordinated with Baghdad and the Iraqi Red Crescent. Health Minister Ahmet Demircan told reporters on Monday that they have hospitals ready for possible evacuations to Turkey and healthcare personnel are on alert both on the border and at airports for possible requests for aid from Iraq and Iran for the tremor-struck areas.

The KRG, which controls parts of northern Iraq, thanked Turkey for its swift response to help earthquake victims.

Prime Minister Binali Yıldırım said in a statement on Monday that Turkey stands with its "brothers and sisters" who fell victim to the earthquake.

Relations between Turkey and Iraq have improved under Prime Minister Haider al-Abadi's government in Baghdad after a somewhat tumultuous period in relations under his predecessor, Nouri al-Maliki. Turkey also maintained warm ties with the KRG until the semi-autonomous region moved to declare independence from Iraq in a controversial referendum. Ankara, which supports Iraq's territorial integrity, was a staunch opponent of the independence vote and responded with limited sanctions, urging Irbil to reverse its decision.