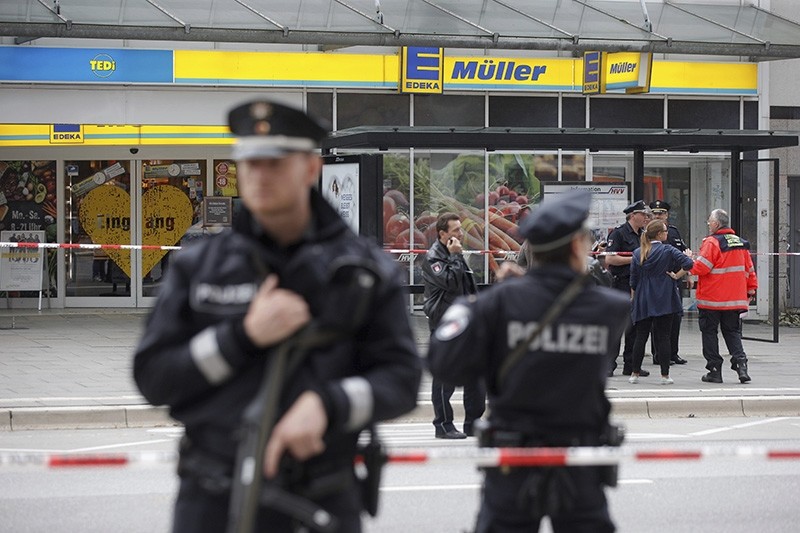 Two people, including the Turkish-origin owner of a supermarket in Germany's North Rhine-Westphalia province have been seriously injured after two armed attackers opened fire on the store, reports said Wednesday.

According to reports, the supermarket owner and an employee were heavily wounded after two unidentified attackers posing as customers shot at them and fled the scene in Gelsenkirchen city.

German police launched an air-supported operation to capture the attackers, who are thought to be 30 and 40 years-old.

The Prosecutor's Office in Essen has also launched an investigation into the attack, reports added.

Turkish people living in Germany, who make up the largest minority group in the country with over 3 million people, are frequently targeted in racist and PKK-led terrorist attacks.