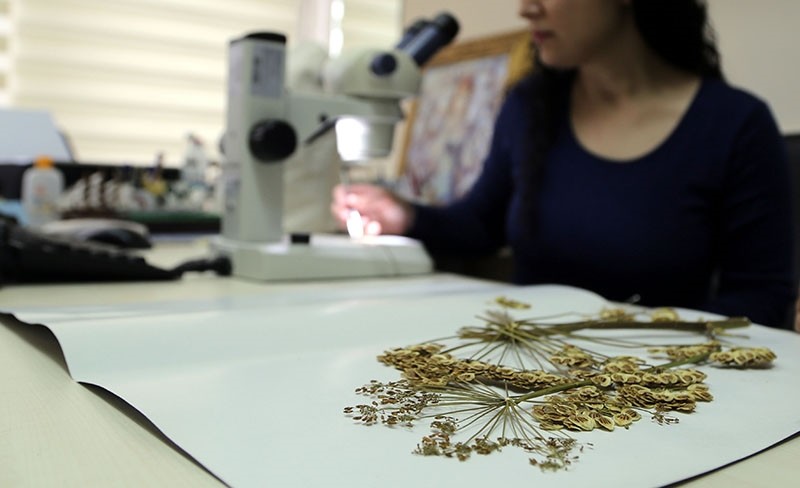 The endemic plant "Amanos pea grass," native to the Amanos Mountains in Turkey's southern Hatay province, took its place in world botanic records following the discovery by a Turkish scientist after disappearing for over 150 years.

Amanos pea grass was first collected in 1862 by Swiss botanist Perre Edmond Boissier in Hatay, but has not been seen again until being identified by the Turkish scientist in 2016.

"However, our detailed study has shown our re-discovered plant is Amanos," said Güzel.

The surprising rediscovery of the plant was then documented in Phtyotaxa, one of the major international scientific journals of systematic botany, Güzel said.

"The Amanos Mountains are rich in respect to endemic plant species, home to more than 250. Important scientific studies have been carried out for more than 100 years, and if new species can still be found, this is a proof of how rich this area is in terms of endemics." Güzel added.

Amanos pea grass is a rare endemic plant that blooms in July and August. Scientists are calling for its protection in order for more study to be conducted.