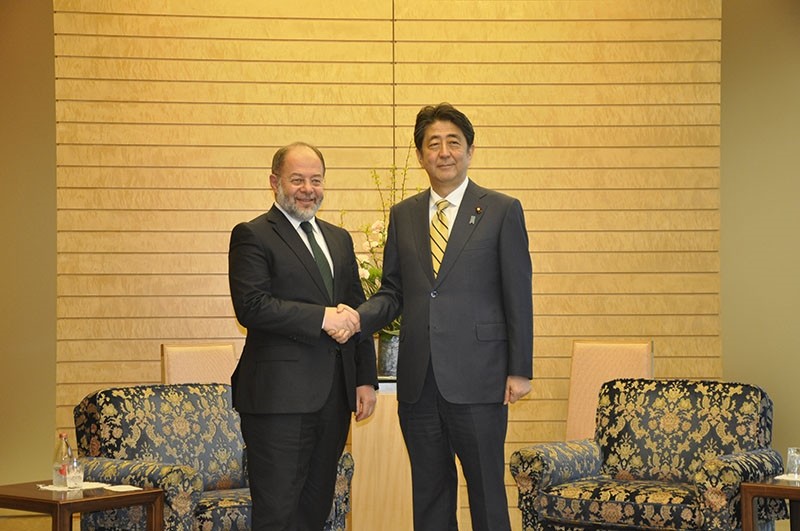 During the meeting at Prime Ministry residence in Tokyo, Akdağ expressed willingness to enhance cooperation in all fields with Japan.

Akdağ said Turkey wants to speed up its cooperation with Japan in the field of disaster management and the relevant ministers should prepare a 5-year joint action plan in this regard.

During the meeting, Abe pointed out that cooperation and bilateral ties in all fields are getting stronger after the frigate Ertuğrul incident.

Turkey opened its embassy in Japan in 1925 and since then links between the nations have risen to a "strategic partnership", according to the Turkish Foreign Ministry website.

A bond was formed during the Ottoman era when the frigate Ertuğrul sank off the coast of Japan as it returned from a goodwill visit in 1890.

Nearly 600 lost their lives but Japan's rescue effort and the support shown to survivors sealed friendly ties between the peoples of both countries.

A French-Japanese consortium is involved in plans to build a nuclear power plant near Sinop province on the Black Sea coast.

Prior to his meeting with Abe, Akdağ also visited the Tokyo Rinkai Disaster Prevention Park as part of his visit to Japan.

"Turkey and Japan have a lot to learn from each other in terms of disaster prevention," Akdağ said.

He also said that children in Japan are trained to be prepared for earthquakes, which makes them learn how to deal with them.