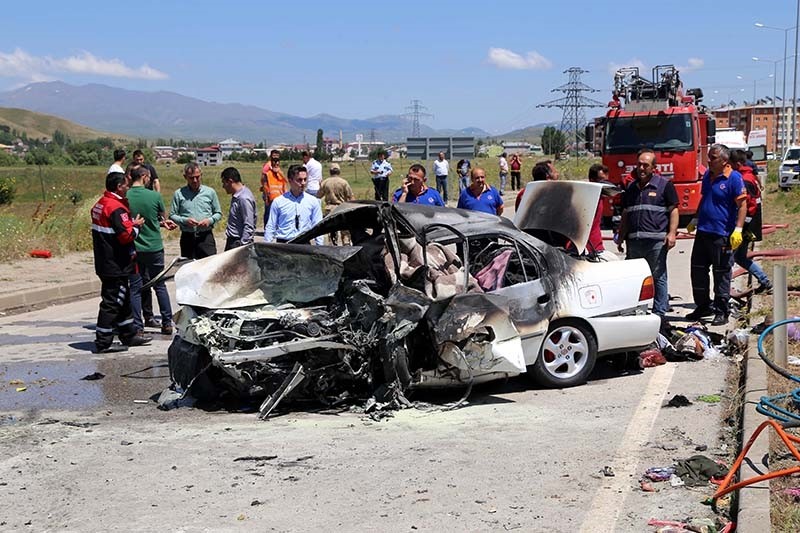 Five people died – four of them trapped inside a burning car – and five others were injured when two cars crashed into each other in central Turkey's Sivas province on Tuesday.

According to reports, the accident took place in Sivas-Erzincan highway near Imranlı district. After the vehicles collided with each other, one of the cars burst into flames.

Officials declared all four of the occupants, including a child, dead on arrival. Another injured person succumbed to injuries on the way to the hospital, raising the number of fatalities to five.

The five injured were taken to nearby hospitals.

Officials are trying to determine why one of the cars burst into flames.