Verdict set for next week in Germany's neo-Nazi gang trial 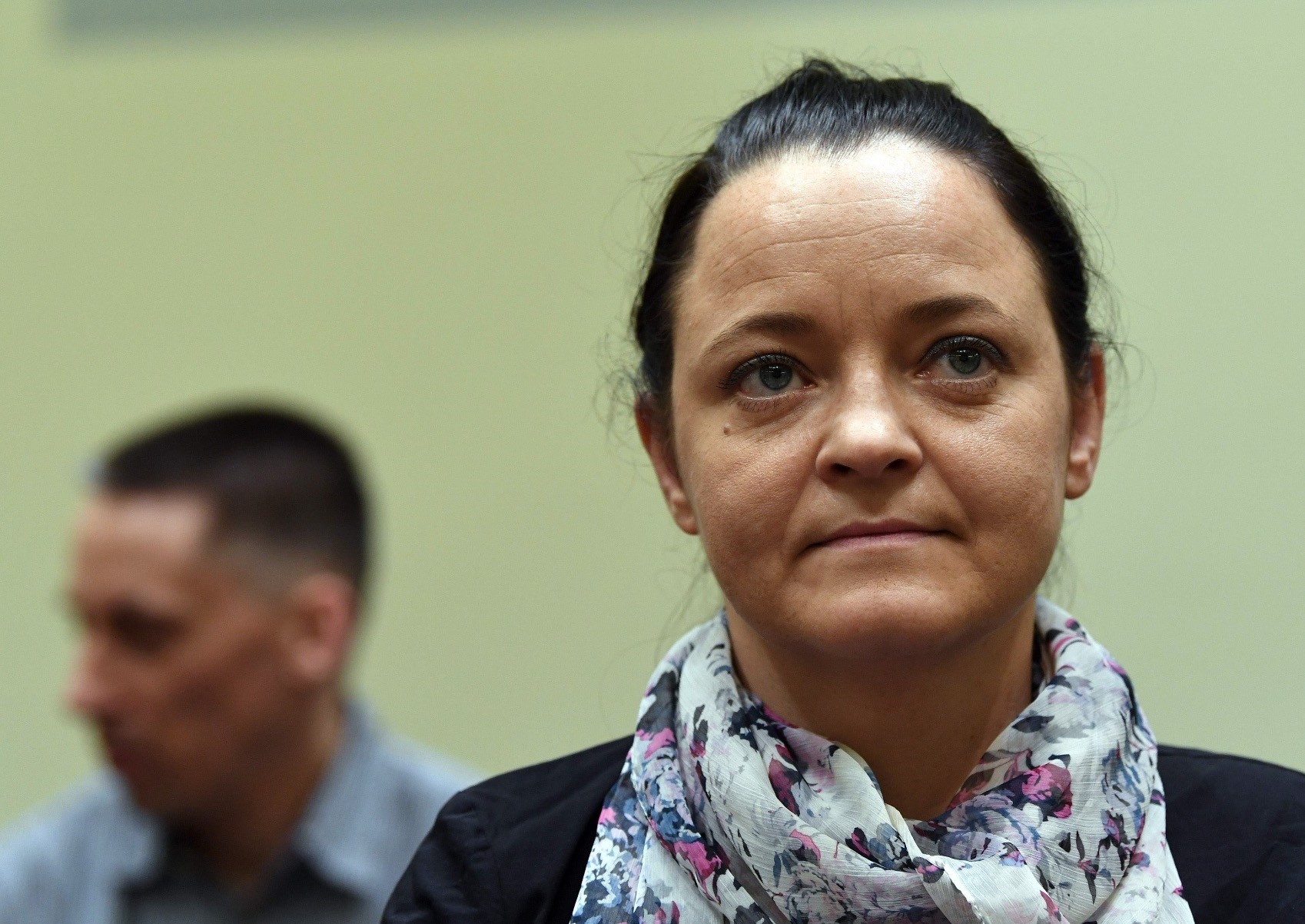 Beate Zschaepe seen at yesterdayu2019s hearing in Munich. She is the sole surviving member of the NSU gang.
by Daily Sabah with AP
Jul 04, 2018 12:00 am

Five years after it started, a trial into the National Socialist Underground (NSU), a neo-Nazi gang which killed eight Turks in Germany, will finally end next week. Judges announced yesterday that the verdict would be handed down in a hearing in Munich on July 11.

Beate Zschaepe, the only surviving member of the gang that also included Uwe Mundlos and Uwe Boehnhardt, made her final statement in the trial yesterday and stuck to her claim that she was not involved in crimes the NSU committed between 2000 and 2007. It was her second spoken statement in the courtroom in five years and Zschaepe told the court do not "judge" her "for something I did not want nor perpetrate." She had admitted earlier that she should have notified the authorities once she "found out" about the crimes of the gang. "I am sorry that the relatives of murder victims who lost a loved one. They have my heartfelt sympathy," she said, as she sat in the dock with Ralf Wohlleben, a defendant among four others in the case who were accused of aiding and abetting the NSU.

Prosecutors and lawyers for the victims' families have challenged Zschaepe's claim that she was ignorant of the two men's actions despite living in hiding with them for almost 14 years.

Federal prosecutor Herbert Diemer described Zschaepe last year as an "ice-cold, calculating person" who shared Mundlos and Boehnhardt's far-right ideology and desire to terrorize migrants, saying the 43-year-old was equally responsible for the killings even though she never pulled the trigger.

The trio went on the run in 1998 to avoid arrest after police discovered several pipe bombs in a garage rented by Boehnhardt in the eastern German city of Jena.

Despite numerous leads and informants close to the group, German police failed to arrest the NSU and discounted a far-right motive in the killing of eight Turks, a Greek and a policewoman between 2000 and 2007. Instead, authorities suspected the victims with migrant backgrounds of being involved with organized crime groups and established a special investigation team dubbed "Bosporus." German media, likewise, referred to them as the "Döner Murders" - after the popular Turkish sandwich - until the NSU's involvement in the killings came to light when Mundlos and Boehnhardt were found dead in an apparent murder-suicide in November 2011.

The shredding of evidence relating to the case days later prompted the resignation of Germany's domestic intelligence chief and accusations of an official cover-up from victims' families. Several parliamentary investigations into the failings by police and security services are ongoing.

If convicted of the charges - which included membership in a terrorist organization and complicity in murder - Zschaepe could face life imprisonment. Prosecutors have asked for her to be detained beyond her sentence, saying she poses a threat to the public.