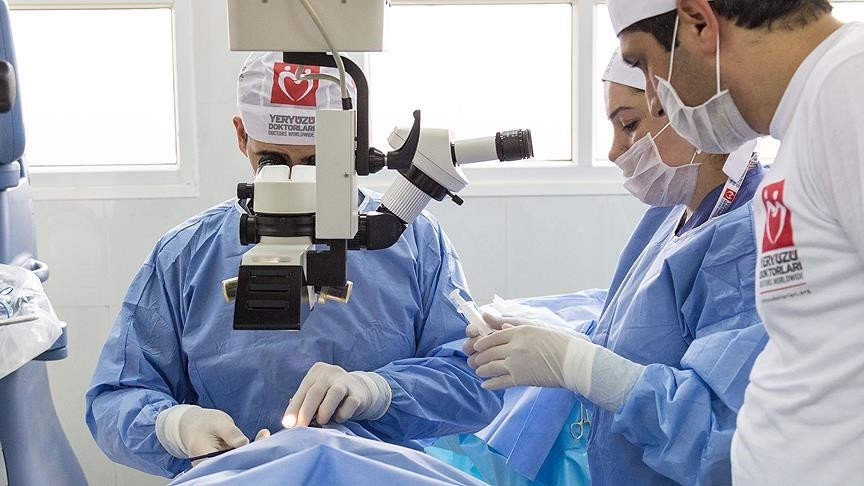 A six-year-old Syrian boy, who has been suffering serious burn injuries, was brought to Turkey's central Konya province on Sunday for medical treatment.

Moussa will get treatment at the Selçuk University hospital for his third degree burns which cover large parts of his body.

Around 15 months ago, the family of Moussa fled the then Daesh-controlled Raqqa region to seek refuge in Aleppo's Azaz town, which is under the control of the opposition groups.

Shortly after the family settled down, a fire broke out at their tent which left Moussa with critical burn injuries.

Moussa was not able to receive treatment due to financial issues and inadequate facilities at the hospitals in the region.

Together with his mother, Moussa was brought to Turkey on late Saturday with the support of the southern Kilis province governor's office after he was found at the regional health center of the international charity Doctors Worldwide Turkey.

Speaking to Anadolu Agency, Hatun al Sarhan, the mother of Moussa, said that the family was not able to provide Mossa with the necessary treatment.

"We are in Turkey now, I hope my son will be fine. I thank the state of Turkey," she said.