Kittens rescued after Turkish store owner has change of heart 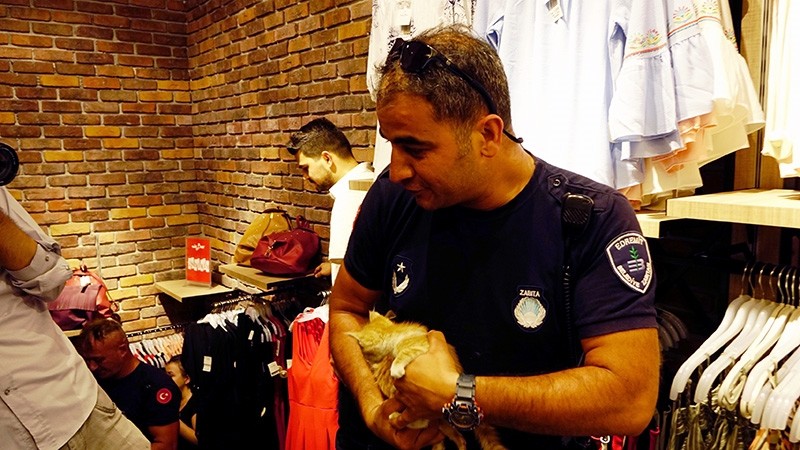 Initially left to die, five kittens were rescued after a store owner had a change of heart and allowed rescuers to drill a hole in his store on Thursday.

On Wednesday, locals in western Turkey's Balıkesir province notified officials that kittens were heard crying but couldn't be seen. Firefighters were dispatched to the area and they quickly found the kittens stuck between apartments. The firefighters concluded that the only option was to drill a hole in the adjacent store's wall and rescue the kittens through the hole.

However, the store owner brought the rescue operations to an abrupt halt when he refused to allow the firefighters to drill the hole.

Unable to find an alternative, the firefighters notified the locals that there was nothing else they could do. Unwilling to leave the kittens to die, residents decided to protest in hopes of convincing the store owner to change his mind.

It seems locals were successful as the owner changed his mind in less than a day and contacted officials to have the kittens rescued. All five kittens were rescued promptly and taken to an animal shelter in Balıkesir's Ivrindi province.

Edremit Municipality Mayor Kamil Saka announced the kittens were doing fine and thanked the workers for promptly and safely rescuing them. He also thanked the store owner for allowing the team to put a hole in the store's wall.