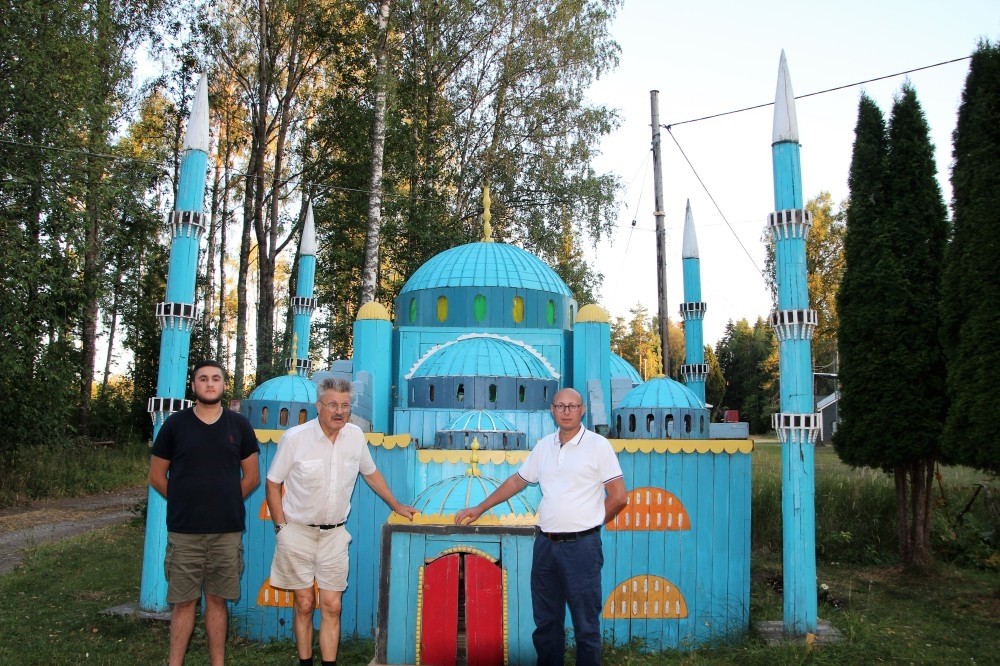 Jan Eric Svenberg, a Swedish painter and carpenter, has been a cultural ambassador for Turkey in Sweden for 32 years. Living in Sala, a county in central Swedish 100 kilometers away from the capital Stockholm, Svenberg turned his garden into an open air museum with mostly miniature palaces and mosques of Istanbul. Svenberg, who visited Istanbul in 1979, fell in love with the city.

"Some tourists coming to Sweden from all around the world visit the exhibition here. Also, Swedish people coming from different parts of the country show great interest in the exhibition," Svenberg told Anadolu Agency (AA).

Svenberg's garden offers visitors an opportunity to see miniature replicas of Sultan Ahmet Mosque, Topkapı and Dolmabahçe Palaces in Istanbul, as well as Selimiye Mosque in northwestern Edirne and Al-Aqsa Mosque in Jerusalem. Also noting the influx of visitors from European and Arab countries, Svenberg said a cultural delegation from Japan became rather impressed by the exhibition two months ago. "And, this makes me very happy," the painter said.

Since his Istanbul visit, Svenberg has been curious about Turkish history. Having read the biographies of Atatürk and those of late historic leaders, the painter said: "I was so impressed that I started to display oil paintings of individuals who left their marks in history at a special area in my garden."

Mustafa Kemal Atatürk, the founder of Turkey, İsmet İnönü, the second president of Turkey, and Suleyman Demirel, the ninth Turkish president are among those displayed in Svenberg's oil painting exhibition. Calling his garden exhibition "Miniature Istanbul," Svenberg said the Sala municipality also welcomed his work. "The municipality named me the cultural ambassador. It also changed the name of our neighborhood to Miniature Istanbul," he said.

Svenberg also said the official culture websites of the state enlisted his exhibition in 100 places to be visited in Sweden "This is my life, and it means everything to me," Svenberg said.