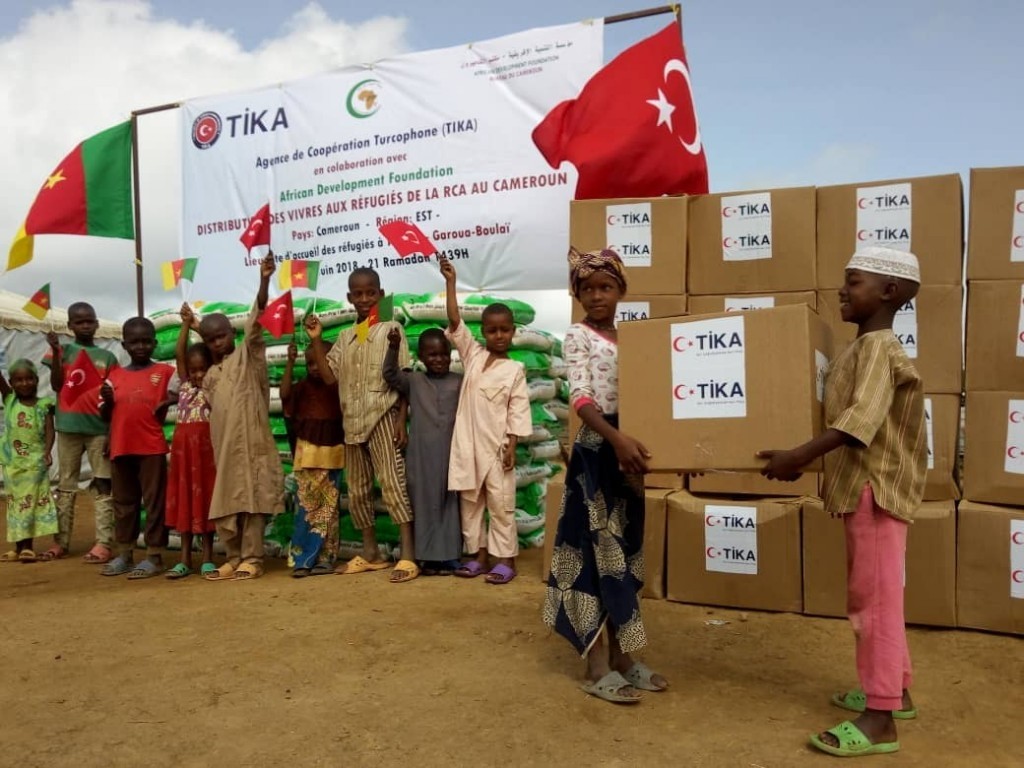 The annual meeting of coordinators and local assistants of the country's leading development aid institution, the Turkish Cooperation and Coordination Agency (TİKA), was held Monday in Ankara to discuss and further enhance the agency's development efforts worldwide.

Speaking at the event that was attended by 59 coordinators of the agency, TİKA President Serdar Çam said, "We have been experiencing a period in which our country is extending its hand to nearly all areas in Africa, Latin America, Europe and Asia to help and support successful efforts in the fields of diplomacy, economy, trade and culture."

Established in 1992, TİKA is the leading institution responsible for the implementation of developmental projects and programs in more than 100 countries covering health and humanitarian programs, education and agriculture.

Every year TİKA organizes a grand meeting in Ankara where coordinators and local assistants from 59 countries and 61 offices meet. The meeting is expected to end on Feb. 1. In the third day of meetings, ministers from the Culture and Tourism Ministry will come together with the coordinators.

Çam also underscored that each year TİKA's capabilities have been increasing and said TİKA will continue to support Turkey's efforts for technical developments.

Delivering an opening speech in the meeting, Presidential Spokesman İbrahim Kalın said TİKA is not only an aid organization and stressed that it build bridges between people.

Kalın underscored that TİKA and similar Turkish institutions have been pursuing a win-win policy while helping the locals.

"Turkey has no secret agenda in any part of the world," Kalın said and added that Turkey has a foreign policy perspective that gives the same message from Ankara, the Balkans, Asia or Africa. Stressing that Turkey has been following a humanitarian foreign policy, Kalın said, "Turkey is not a country that pursues only its own interests but one that exerts all its efforts to guarantee the life and property security of all people living in this region."

He added that the transparency and clear stance of Turkey has been strengthening the country's foreign policy. Kalın mentioned that Turkey has a 360-degree perspective in world politics.

Pointing to the crisis in the neighboring war-torn country Syria, Kalın said Turkey has been taking great responsibility to alleviate the suffering of Syrian refugees, while European countries are having fiery debates on accepting small numbers of refugees into their countries.

Kalın said that what could be seen from Europe's policy in the last four or five years during the Syrian and Libyan refugee crisis was far from exemplifying democratic and humanitarian values.

The civil war started in 2011 in Syria has created numerous challenges for the countries in the region. Hosting over 4 million Syrian refugees, Turkey has been taking steps to meet the basic needs of the people. Aside from its efforts to address the needs of the refugees, Ankara has been continuing its efforts for a political solution in the country.

Kalın underlined that while Turkey has been opening its doors to the refugees, some of the world's richest countries have been building walls to prevent people from coming.

"These walls will not bring more security to you, they will isolate you," Kalın stressed.

The meetings of TİKA coordinators will last for five days. The themes of TİKA's meetings this year are science, technology and security. Accordingly, in the last day of the meeting, the coordinators will visit the Turkey Space Agency and the Scientific and Technological Research Council of Turkey (TÜBİTAK).

TIKA reaches out to 5 continents in 2018 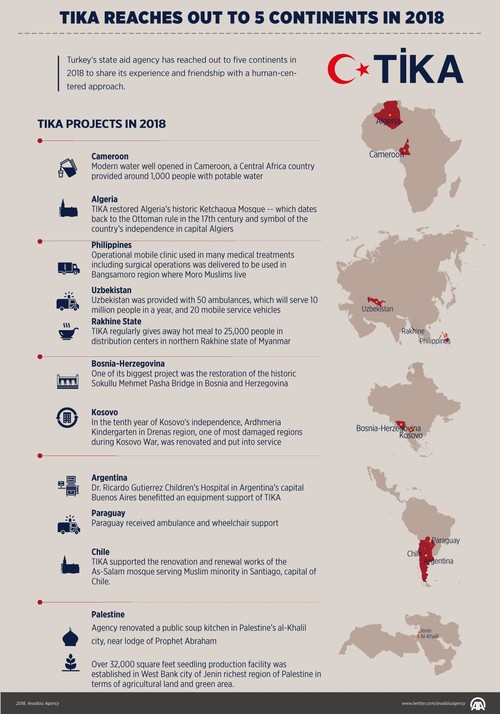 In 2018, the agency carried out numerous important projects in the fields of education, health, agriculture and livestock from Africa to Latin America, the Balkans to Asia. It also gave a helping hand to countries in their production, infrastructure and restoration activities. From the distribution of a total of 3,000 school bags with school supplies inside for the war-torn children of Yemen to providing wheelchairs for 200 disabled people in the East African country Comoros, the agency has lent a helping hand to thousands in various corners of the world.