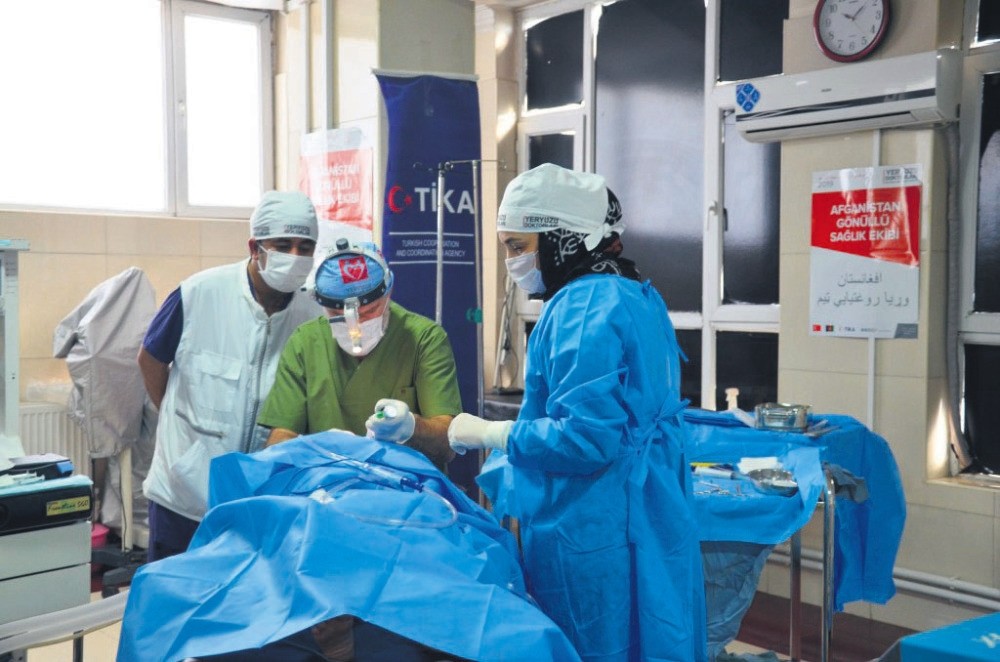 Turkish doctors perform a surgery at a hospital in Kabul, Afghanistan.
by Daily Sabah Feb 06, 2019 12:06 am

Doctors Worldwide, a charity endorsed by the state-run Turkish Cooperation and Coordination Agency (TİKA), examined hundreds of patients and performed surgeries in Afghanistan and Palestine this past week.

A team of seven doctors were stationed at al-Hayat hospital in the Afghan capital Kabul for the past week where they examined 208 patients and performed ear, nose and throat surgeries on 68 patients, mostly women and children.

Most of these surgeries were previously not possible to perform due to a lack of medical equipment and healthcare staff. In Gaza, another team of volunteers from Doctors Worldwide performed 18 surgeries at al-Shifa hospital.