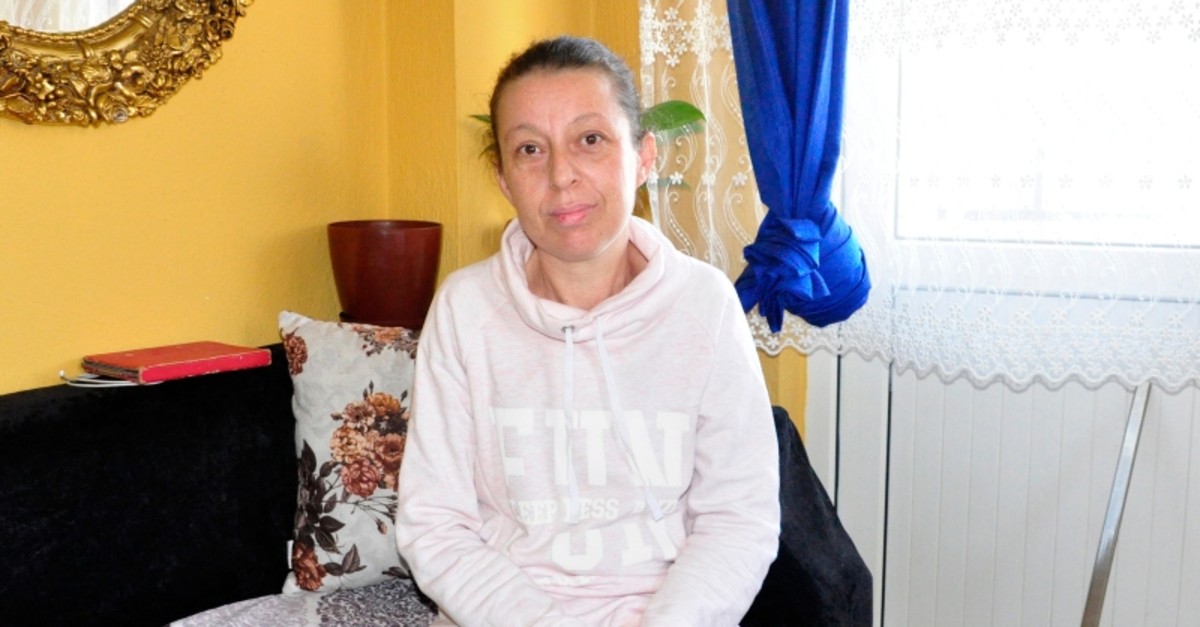 Women's resilience against challenges they face make headlines on International Women's Day on March 8, but Çiğdem Çakır stands out among many others. The 41-year-old Çakır, who lives in the southern city of Antalya, is dubbed an "Amazon" by her friends for her fighting spirit after she managed to recover from seven different types of cancer she was diagnosed with. Now she is trying to beat two more cases.

The mother of one was diagnosed with breast cancer in 2007 thanks to a coincidence. She had thought a growing mass under her breast was an illness that would go away shortly before her friends convinced her to visit a doctor. After the diagnosis, more tumors emerged in her body. In the following years, she was found to have cervical, ovarian, gastro-intestinal, lymphoma, neck, bone and lung cancers. She did not give up though and pursued treatment. Seemingly endless chemotherapy sessions and her resilience to the diseases helped Çakır beat seven cancers, and she hopes to recover from neck and lung cancers she suffers from now. "The support of people around me, my son's support, helped me in this fight," Çakır says.

She recounts how a small mass under her breast started her troubles. "It grew in four months, and it was too late for treatment. I later heard that doctor told my relatives that I have two months at most to live. I was alive two months later because I was determined to survive. I told myself that I would fight so I can be with my son. I felt stronger. I lost my breasts and cervix and underwent countless surgeries but God helped me recover," she says.

Incidentally, her dog Lisa was also diagnosed with breast cancer. She had adopted Lisa one month before she was diagnosed with her own breast cancer. Çakır noticed a mass under Lisa's breast like the one she has, and when she took her to a veterinarian, they found out that she had cancer too. The dog's breasts were removed, and she survived. "Now we are like an Amazon mother and daughter," Çakır jokes.

Hers is not an easy battle, and Çakır warns other women to take breast cancer seriously. "They should visit a doctor even if they do not see an abnormality in their bodies," she says.