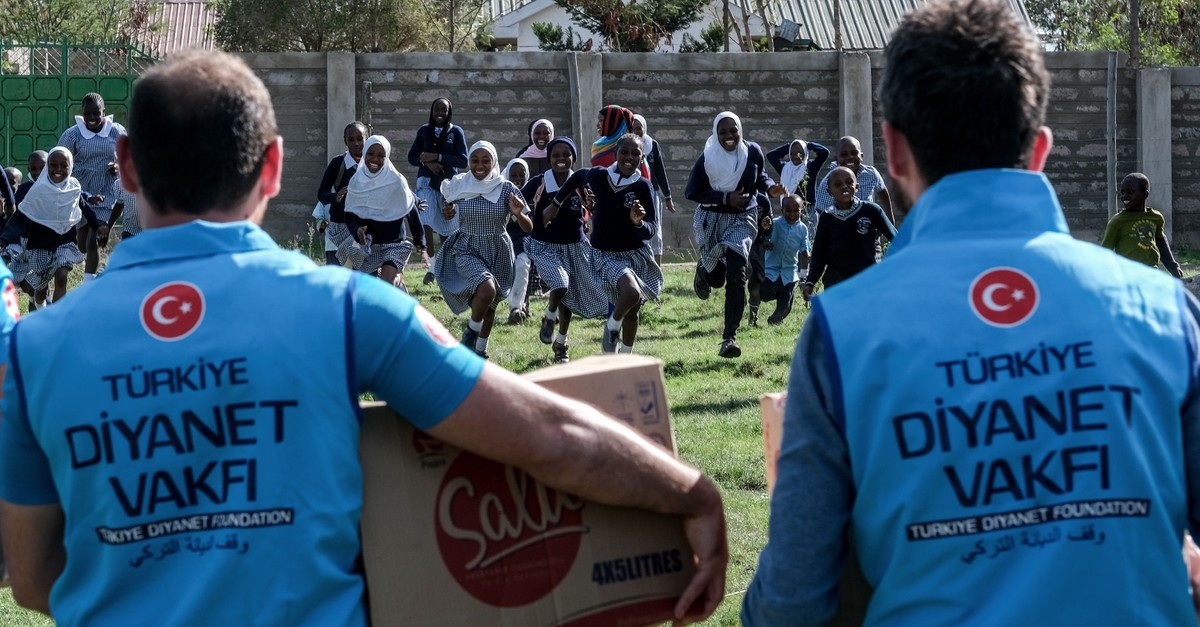 A Turkish aid group helped nearly 3,000 needy families in the Eastern African country of Kenya as part of its relief work during the Muslim holy month of Ramadan.

Turkiye Diyanet Foundation (TDV), a charity group linked to Turkey's state-run Presidency of Religious Affairs (Diyanet or DİB), distributed food packages to 2,800 families in the capital Nairobi and the cities of Isiolo and Mombasa a statement by the foundation said yesterday. Volunteers of the aid group also visited orphanages in the region.

The TDV will hand out more than 100,000 food packages to families in need and will organize iftar, fast-breaking, meals for nearly 200,000 people in 98 countries. The charity will also deliver clothes to 11,000 children in Bangladesh, Chad, Palestine, Niger, Somalia, Sudan, Syria and Yemen for Eid al-Fitr that marks the end of Ramadan. Children are dressed in new clothes in line with Eid traditions.

Fasting, held from dawn to dusk during Ramadan, is one of the Five Pillars (fundamental religious duties) of Islam. It is a time for self-examination and great religious devotion.

The organization will provide over 10,000 children from Bangladesh, Chad, Palestine, Niger, Somalia, Sudan, Syria and Yemen with clothes, as well, the statement added.