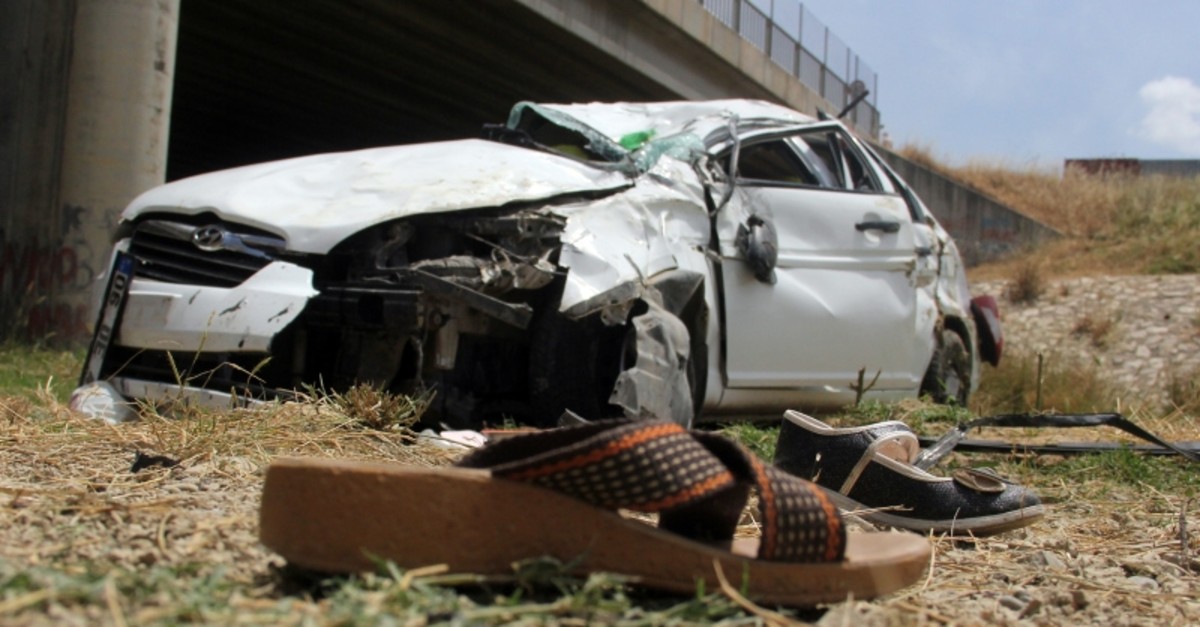 At least 86 people died in several traffic accidents during the nine-day national holiday of Eid al-Fitr to celebrate the end of Islamic holy month of Ramadan across Turkey, Interior Minister Süleyman Soylu said on Monday.

The death toll was recorded in 73 road accidents across 39 provinces over the last nine days, Soylu said in.

According to Soylu, Turkey saw a 51.5% decrease in the death toll resulted from traffic accidents compared to the last ten years.

A total of 185,000 traffic police and gendarmeries were deployed across the country during the holiday to reduce the number of potential accidents, Soylu added.

Thousands have taken to the roads to mark Ramadan Bayram, or Eid al-Fitr, at the end of the Muslim holy month of Ramadan after the workday ended on May 31 and a nine-day holiday started.

Big cities in the west, particularly Istanbul, saw an exodus of thousands of people traveling to popular holiday destinations in the Aegean and Mediterranean cities for the holiday.

A significant number of people living in western cities also travel to central, northern, southern and eastern parts of the country to celebrate Ramadan Bayram in their hometowns with their relatives.

The common causes of traffic accidents during the holiday season are the violation of traffic safety rules, or the drivers' inability to adjust the speed of their vehicle according to the varying traffic conditions. Experts, however, say casualties may be minimized with a few safety tips – such as not getting behind the wheel while drowsy and also taking short naps on long trips.

Traffic accidents claim the lives of thousands every year in Turkey, where reckless driving and blatant violations of road safety rules are the main culprits. A decrease in the number of fatalities in traffic accidents was reported in the first four months of 2019, and authorities linked it to better police inspections and awareness campaigns. New laws and regulations introduced last year brought strict measures against moving violations. Amendments to traffic laws made exceeding the speed limit punishable by a fine of TL 1,002, while motorists performing spins and drifts will be hit with a fine of TL 5,010.

Official figures for last year indicate a 2.2 percent rise in the number of traffic accidents. Figures released last month show the number of accidents rose to more than 1.2 million last year compared to 2017; a total of 6,675 people died, while another 307,071 people were injured.