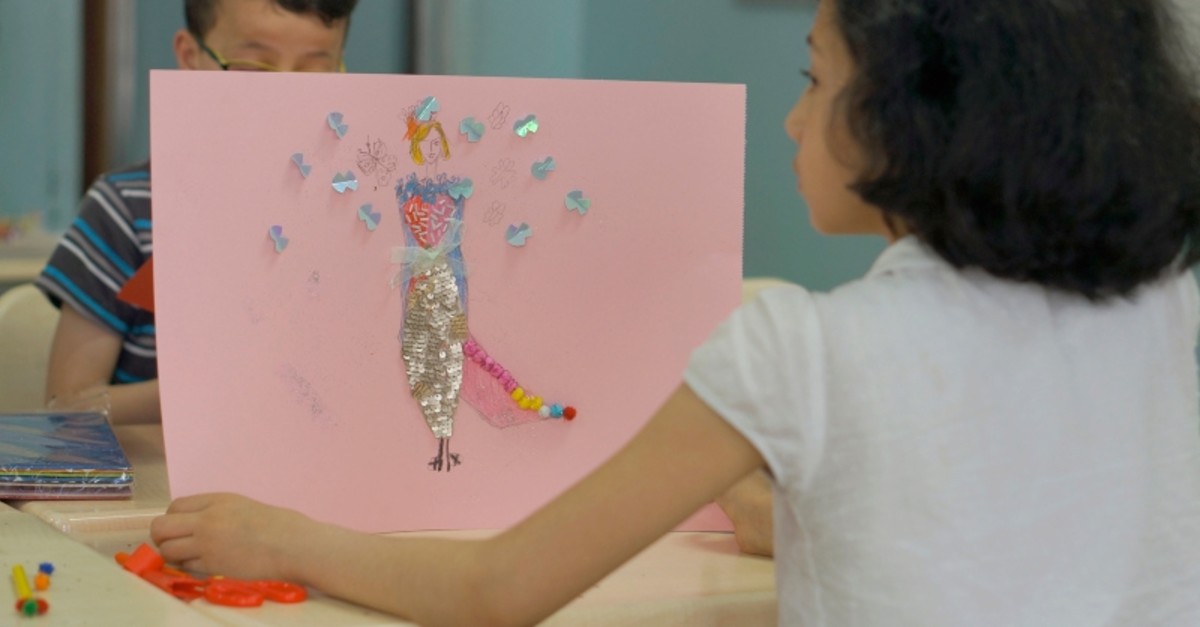 As part of an innovative workshop held in Istanbul, Turkish and Syrian children have had the opportunity to design a variety of smart clothes incorporating elements of wearable technology that would be the perfect uniform for their dream jobs.

The workshop, under a project titled "360–Degree Friendship" organized by the Child and Future Foundation (ÇOGEL), was held with the contributions of world-famous Turkish fashion designer Ezra Çetin who works on wearable tech and smart clothes.

The children designed many clothes suitable for different occupational groups such as a prosecutor's robe that turns into red when a person lies and pink when they tell the truth in the courtroom or a flowery doctor uniform that blossoms and starts playing songs to ease nervous or frightened children and show them that going to the doctors isn't as bad as they think.

Çetin, who is also the chairman of ÇOGEL, said that the design course allows Turkish and Syrian children to dream in harmony about their future.

She noted that there were many designs such as a jacket designed for engineers, by a boy who he himself wanted to become an engineer, that quickly receives information about the weather and creates a multicolored shield around it when it is going to rain to protect the person wearing it from getting wet.

"We saw how good it was for children to have hopes and dreams, and how beautiful they could dream together. It was a happy project indeed," Çetin said.