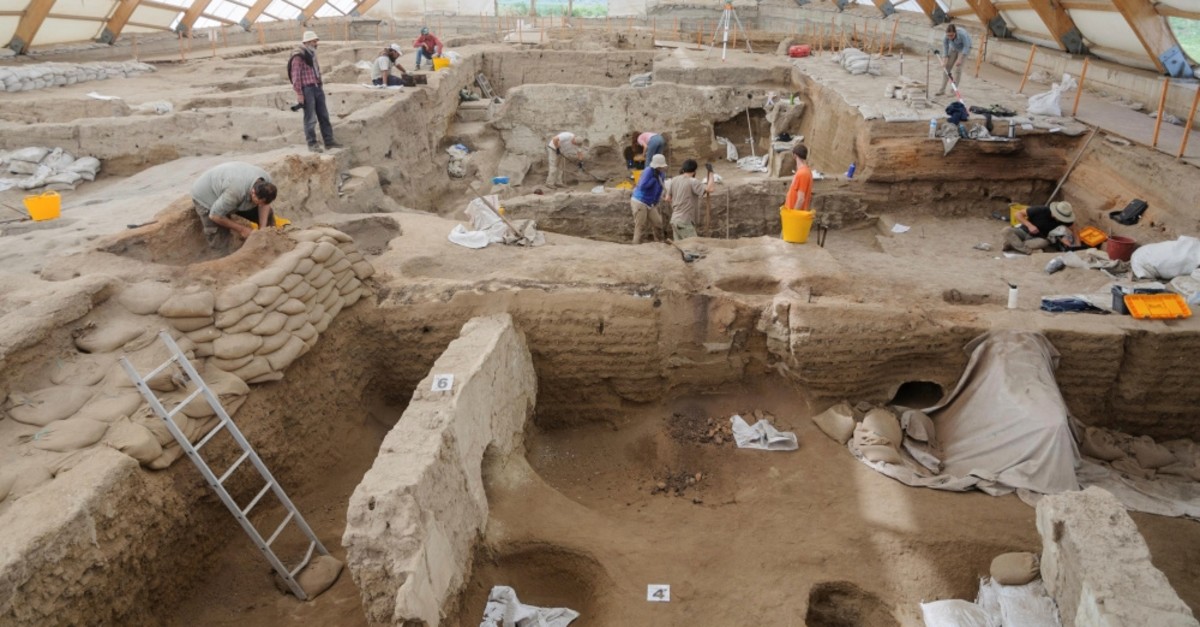 Overcrowding. Violence. Infectious diseases. Environmental degradation. It may sound like the worst of modern mega-cities. But people encountered these very same problems when the first large settlements were being established millennia ago as humans began to swap a nomadic hunter-gatherer existence for a lifestyle centered on farming, scientists say, based on findings from a prehistoric site in south-central Turkey.

The researchers examined 742 human skeletons unearthed at the prehistoric ruins of Çatalhöyük, inhabited from 9,100 to 7,950 years ago during a pivotal time in human evolution, for clues about what life was like at one of the earliest sizable settlements in the archeological record. At its peak, 3,500 to 8,000 people lived there, with the researchers calling it a "proto-city."

The residents experienced a high rate of infections, as seen in their teeth and bones, probably caused by diseases spreading in crowded conditions amid challenges to proper hygiene, the researchers said. Overcrowding may have contributed to interpersonal violence. Many skulls bore evidence of healed fractures to the top or back of the cranium, some with multiple injuries.

The shape of these injuries indicates they may have been caused by hard clay balls found at Çatalhöyük that researchers suspect were used as projectiles from a sling weapon.

"A key message that people will take from these findings is that our current behaviors have deep roots in the history of humankind," said Ohio State University biological anthropologist Clark Spencer Larsen, who led the study published in the Proceedings of the National Academy of Sciences. "The people living in this community faced challenges of life in settlements addressing fundamental issues: what to eat, who produces the food, how is the food distributed, what are the social norms for division of labor, the challenges of infection and infectious disease in settings where there is limited sanitation, the strategy of interpersonal relationships involving animosity in some instances," Larsen added.

As the world emerged from the last Ice Age, with warmer conditions conducive to crop domestication, there was a shift from foraging to farming beginning 10,000 to 12,000 years ago among people in numerous places.

The people grew crops including wheat, barley and rye and raised sheep, goats and eventually cattle. Some homes boasted wall murals, and other art included stone figurines of animals and corpulent women.

Çatalhöyük's residents lived in clay brick structures akin to apartments, entering and exiting through ladders that connected the living areas of houses to the roofs. After death, residents were buried in pits dug into the floors of the homes.

Çatalhöyük, measuring about 32 acres, was continuously occupied for 1,150 years and appears to have been a largely egalitarian community. It was eventually abandoned perhaps because of environmental degradation caused by the human population and a drying climate that made farming there harder, the researchers said.