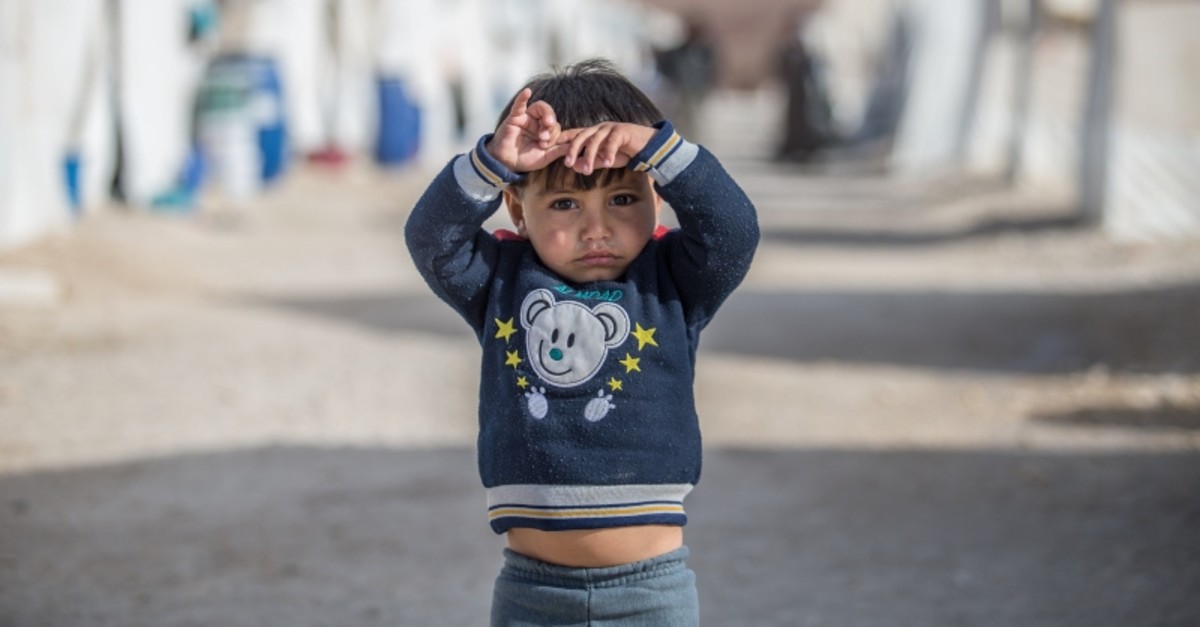 Turkey on Thursday marked World Refugee Day by calling on the international community to show solidarity with forcibly displaced people worldwide, as figures released by the United Nations cited a record high of 71 million displaced people.

"Helping these people fleeing hunger, conflict, civil war, and poverty at the risk of death is a requirement of human dignity and conscience," President Recep Tayyip Erdoğan said in a message marking June 20 as World Refugee Day.

Erdoğan said that Turkey hosts more than 4 million refugees, including 3.6 million Syrians, more than any other country in the world.

"Regardless of their ethnicity, religion, origin or language, Turkey, as throughout its history, protects all the oppressed and victims," he added.

"No one has the right to cast a shadow over the Turkish people's generosity by inciting hostility toward refugees for the sake of political ambitions or ideological obsessions," he said.

In a statement, the Foreign Ministry said the international community should "show more solidarity with these people and host countries in line with equitable burden and responsibility sharing."

"We wish that World Refugee Day will be an occasion for the improvement of living conditions of refugees and asylum-seekers," it added.

The statement noted that the number of persons displaced due to various reasons such as conflicts, natural disasters and human rights violations increases everyday across the world.

"We believe that it is the common responsibility of the international community to provide necessary conditions for these people to live in dignity, to create conditions that would ensure safe return to their countries and to solve the problems forcing them to seek asylum," the ministry said.

The statement, noting Turkey's hosting of over 4 million refugees, said: "Today, services we provide them in several fields, in particular health, education and access to labor market, are a guide for the international community."

Playing an active role at the international platforms for the improvement of the refugees' rights, Turkey will continue to support the Global Compact on Refugees adopted by the U.N. General Assembly in 2018, it added.

Turkey will co-chair the Global Refugee Forum in Geneva on Dec. 17-18. "We invite all countries and stakeholders to participate in the Forum at the highest level and to declare significant pledges for refugees at this Forum," the statement said.

A record 71 million people have been displaced worldwide by war, persecution and other violence, the U.N. refugee agency said Wednesday, an increase of more than 2 million from a year earlier — and an overall total that would amount to the world's 20th most populous country.

The annual "Global Trends" report released by the U.N. High Commissioner for Refugees counts the number of the world's refugees, asylum-seekers and internally displaced people at the end of 2018.