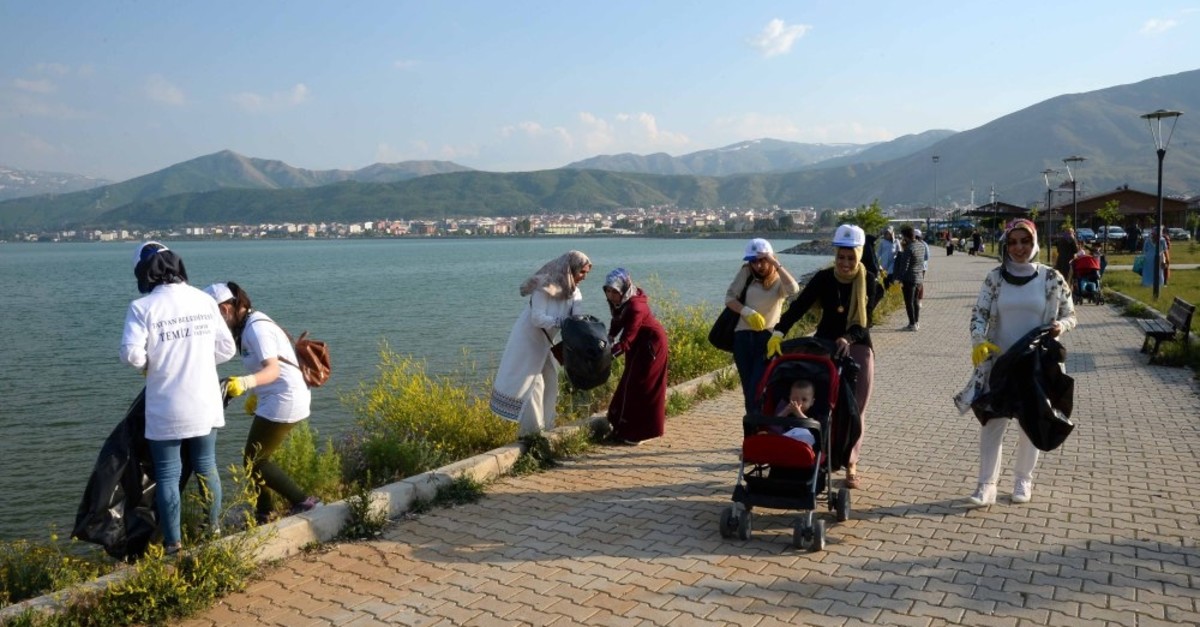 As an initiative launched by first lady Emine Erdoğan extended its reach to cleaning up seas and their shores, a group of women in Bitlis in eastern Turkey joined the campaign to clean up the shores of Lake Van. Convening on the shores of the country's largest lake, women from the local Asar-ı Sanat Association labored across the shores to pick up the litter of uncaring citizens. Some came with infants in their arms, while others took a day off from their daily jobs to join the campaign jointly organized by the municipality of Tatvan in Bitlis province.

Şazime Hancı, the head of the association, said they wanted to support the first lady's campaign and decided to coordinate efforts with the municipality to clean up the shores as well as walking lanes and parks near the shore. "Some men also joined us. We simply want to raise awareness of people's responsibility to keep their environment clean. You don't have to expect the authorities to do the task of cleaning. People should act more responsibly," she said.

Emine Erdoğan launched the Zero Waste program two years ago to encourage recycling efforts everywhere by separate disposal of waste and its conversion to usable materials such as compost. Earlier this month, she inaugurated its new stage, Zero Waste Blue, to protect seas and water resources. The project aims to collect a total of 50,000 tons of waste, including 30,000 tons of plastic, during the summer season when beaches are swarmed with holidaymakers. The project also includes a nationwide awareness campaign to alert the public on the importance of keeping shores and seas clean. The collected waste, just as in the Zero Waste project, will be recycled.