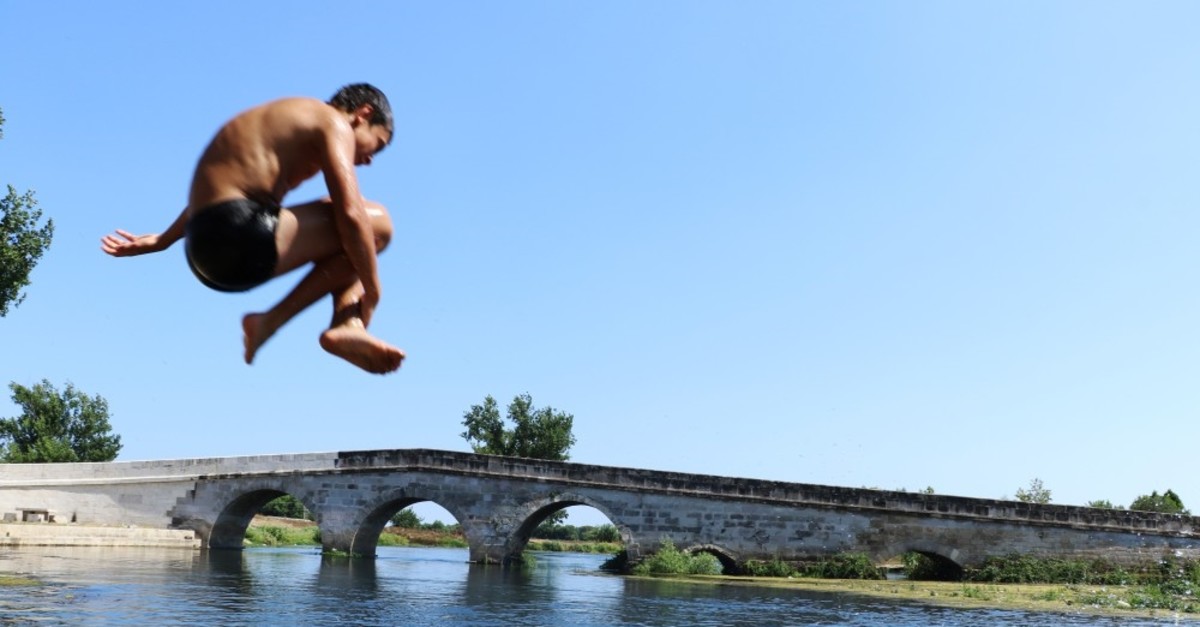 Temperatures are expected to be above seasonal norms throughout the week, meteorologists warned Monday.

The country's state-run meteorology agency announced that temperatures will be 3 to 7 degrees Celsius above seasonal norms starting today and continuing until Friday. Turkey's eastern regions will be subject to a low pressure system, while a high pressure system will affect the northern regions. Brief rainy spells are forecast for the Trakya region in the northwest and for northeastern areas. Weather will be slightly cloudy and clear in other regions. Starting Friday, a cool, rainy system from the Black Sea region in the north will help decrease temperatures.

Authorities also warn against high humidity accompanying temperatures in the Marmara and Ege regions in the west and on the Mediterranean shores of the country, urging the public to be cautious about high risks of heatstroke.

The heat wave is not limited to Turkey as Europe had also been warned to be vigilant in the face of a hotter weather forecast this week. Meteorologists say a weather system from the Sahara will bring a heat wave that will raise temperatures to 40 degrees Celsius across the continent.

Meteorologists have said such heat waves are likely to be more frequent, even if countries succeed in their commitments to limit global temperature increases as part of the 2015 Paris climate accord. The deal aims to contain increases to 1.5 degrees Celsius, committing nations to reduce emissions to this end. The European Union pledged to cut carbon emissions 40 percent below 1990 levels by 2030.