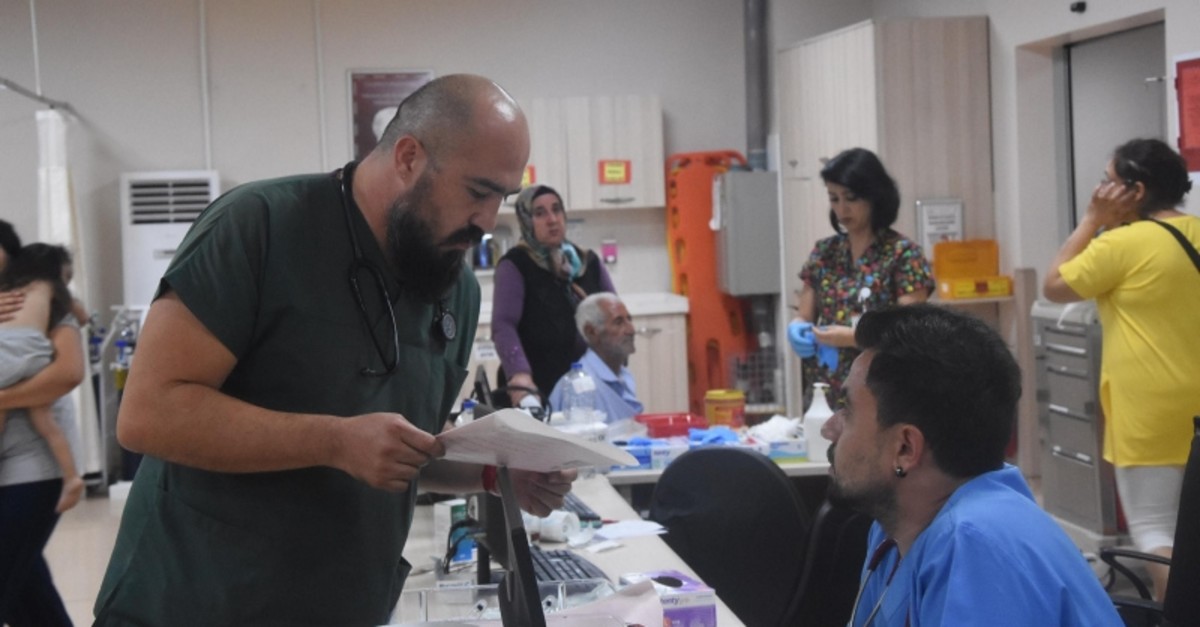 Now that sounds like a punishment that really fits the crime.

A Turkish doctor who was threatened by a patient's relative at a hospital in Izmir has come up with a brilliant and empathetic punishment scheme as reconciliation. If the relative agrees to work at the emergency services of the same hospital for a month, the doctor said he won't press any charges.

Such an altercation between patients and their relatives, and doctors typically draw fines or incarceration, but the case was referred to the reconciliation bureau after a court decided to release the relative following its initial ruling of imposing a six-month prison sentence.

The relative, who has only been identified by his initials A.K., had demanded that the patient be transferred from Gaziemir Nevvar Salih İşgören to another hospital. Doctor Yakup Gökhan Doğramacı tried to assure A.K. that the patient was in good hands and there not a situation that required a transfer to another hospital. The row grew after A.K. shouted threats at the doctor, saying: "I will investigate you. I know who you are. You'll see me again!" Doğramacı then warned A.K. that he had threatened a health care personnel. The doctor said he sent out signals for a "code white" situation, which means that it involved a violent patient/ relative and/or aggression. The incident happened in 2015.

After talks, the doctor said he would let it go if A.K. apologized for his behavior and agreed to do community service by working in the ER department of the hospital on certain days between 8 and 11 p.m. for about a month.

Speaking to reporters after both sides agreed on the punishment, Doğramacı said: "I wanted him to see how an emergency room functions. I wanted him to see what really goes on in emergency services, and make him see with empathy. We work under really difficult conditions. Everyone has patients. I understand him but it does not justify violence. We cannot tolerate violence."

"Now the patient's relative is assisting the staff in the admission-welcoming-directing area. He is helping transportation personnel and cleaning personnel. I felt that he was sorry and had understood his mistake; I wouldn't have agreed to compromise otherwise. I felt HİS regret and my aim was to raise some awareness. I thought about a result-oriented approach. I want these conciliation efforts to become widespread, too," he added.