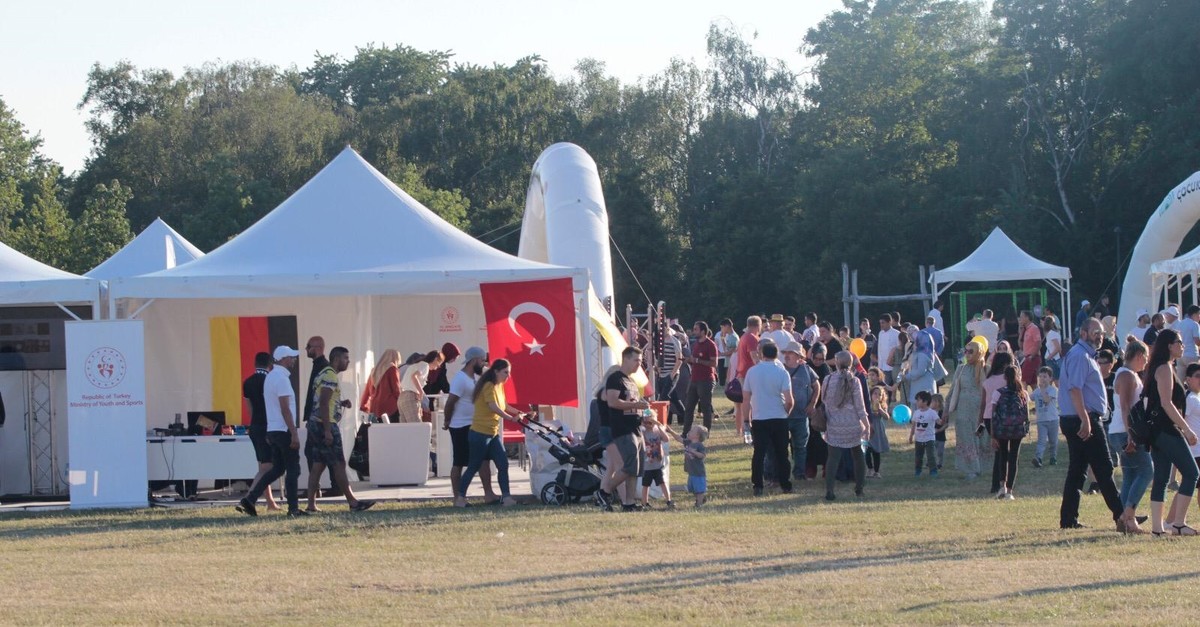 Lippepark, a former quarry, is a place where Turkish citizens who came to Germany within the framework of the labor agreements made in the early 1960s and worked hard.
by Daily Sabah Jul 01, 2019 12:10 am

The European Sports and Culture Festival (ASKFEST) has brought together the sports and art enthusiasts at Lippepark in Germany's northwestern city of Hamm.

The festival is being organized by Turkey's Youth and Sports Ministry, Culture and Tourism Ministry, the Turks Abroad and Related Communities Presidency (YTB) in collaboration with Germany's Hamm Municipality.

Since the festival, which was held on June 28-30, coincided with the weekend, there was a large turnout from both the Turkish and German communities.

In their speeches, Petermann and Wittke emphasized the importance of the festival for the unity of the two communities.

"Culture, art, sports, and festivals are important events that bring communities together and closer. In this respect, I think that ASKFEST is also very important," Deputy Minister of Culture and Tourism Serdar Çam said.

Youth and Sports Minister Mehmet Kasapoğlu, on the other hand, noted that ASKFEST realized in collaboration with the YTB was a very significant event and a good start.

"We believe that the ties will be strengthened with the unifying power of sports," he added.

YTB President Abdullah Eren pointed to the festival's motto "Do sports together, have fun together and live together," stressing the importance of this program realized in cooperation between the Turkish and German authorities.

"This three-day event is a joint Turkish-German festival. We want to realize this organization in cooperation with the competent authorities in different parts of Europe where our citizens mostly live next year," he continued. "Unfortunately, diseases such as Islamophobia are growing in different European countries. We do not see them as general trends in societies and want to organize these festivals in this scope. We believe that these festivals will also prevent the spread of such diseases in Europe."

The story of Lippepark, where the festival took place, added a special meaning to the festival. Lippepark, a former quarry, is a place where Turkish citizens who came to Germany within the framework of the labor agreements made in the early 1960s and worked hard. It is also where the city contributed to the development of Germany. Hamm stands out with its intense Turkish presence as well.