A long way home for Turkish expatriates in Europe 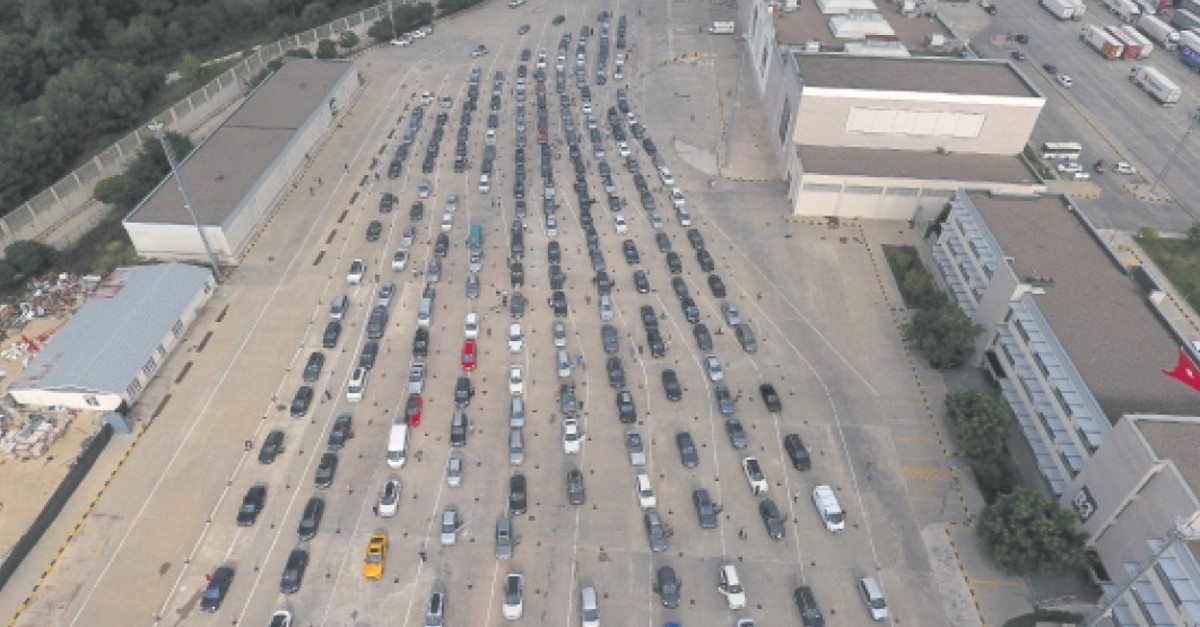 With a fondness for their homeland like few other nations, Turks living in Europe hit the road again for a journey for "sıla" or "reunion" visits.

Turkey's border crossings connecting the country to Europe are swarmed with long lines of cars as expatriates drive their hometowns all across the country. The traditional journey takes Turks, particularly from Germany, from multiple European countries to Edirne, a northwestern city where border crossings are located. Customs officers have to cope with an unprecedented convoy of cars accumulate at the border in the summer where expatriates take their yearly leave from their jobs in Europe.

This exodus began last week and aggravated on Sunday and yesterday and will expect to continue up until mid-August. Families drive for thousands of kilometers to reach the crossings where they rest for a while before resuming their journey into inner regions of Anatolia where their parents, relatives live.

Hurşid Demir, who traveled from Germany by car with his family, will spend his holiday in Kocaeli and Gümüşhane in northern Turkey. "I have been living in gurbet (a term used for foreign lands, especially by expat workers in Europe) for years and am really homesick," Demir told Anadolu Agency (AA) after he entered Turkey from the Kapıkule border crossing. "We were so happy when we saw the signboard saying Turkey and the Turkish flag at the crossing. This is what makes us endure two days of journeys, to drive over 2,500 kilometers," he said. "What we feel now cannot be described, we are so happy to return to our homeland," he adds.

Last year, more than 720,000 Turkish expatriates, who get six to eight weeks of vacation, drove to Turkey from Europe.

As a result of many choosing to use their own vehicles to come to Turkey, İpsala and Kapıkule border gates see a large number of crossings, causing long lineups.

About 6 million Turkish citizens live in European countries. As a result of labor agreements signed with various European countries in the 1960s, Europe has seen a flow of workers from Turkey. Germany currently hosts the largest number of Turkish immigrants, mostly descendants of "guest workers."