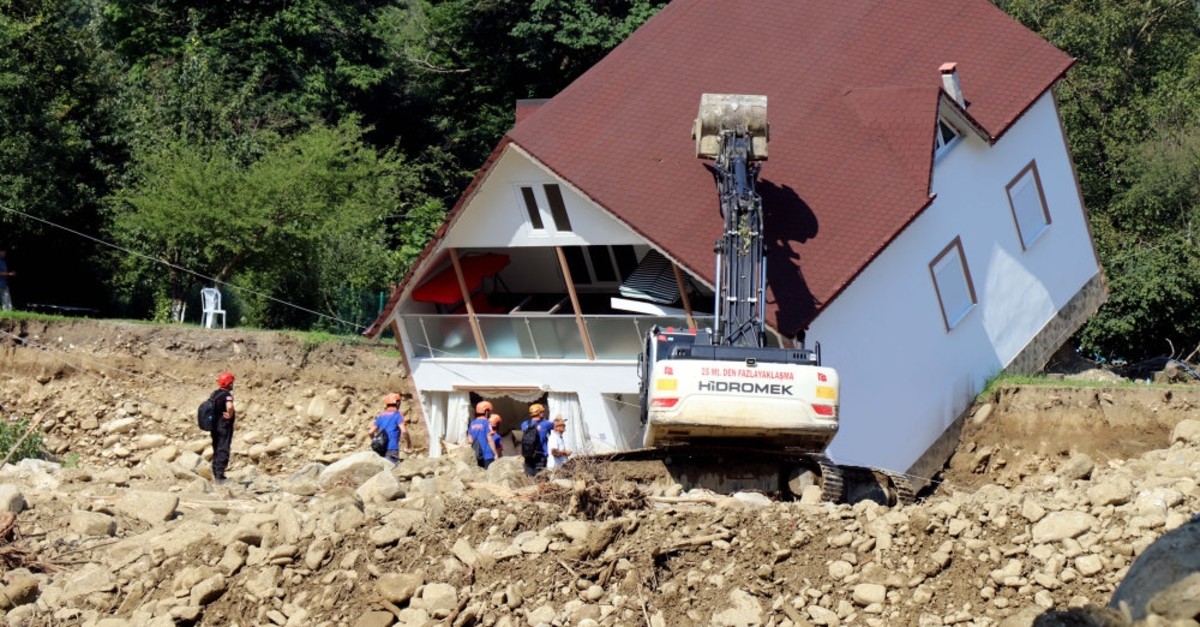 Death toll has risen to five following the flash floods in northwestern Du00fczce province.
by Daily Sabah with AA Jul 24, 2019 12:12 am

The bodies of a woman and a child were recovered yesterday in northwestern Turkey's Düzce following flash floods, security and emergency officials said.

Two more people are still missing in the floods, which hit some districts in the province, Disaster Management Agency (AFAD) said.

The deceased were identified as Nilgun Kaplan, 39, and her daughter Funda Kaplan, 9. Their bodies were found in the Uğurlu village of Akcakoca district, one of the worst-hit areas.

So far, five bodies have been found out of the seven missing since last week. The remaining are two children, sources have said.

A total of 232 people have so far been rescued, while a search and rescue operation continues for the missing.