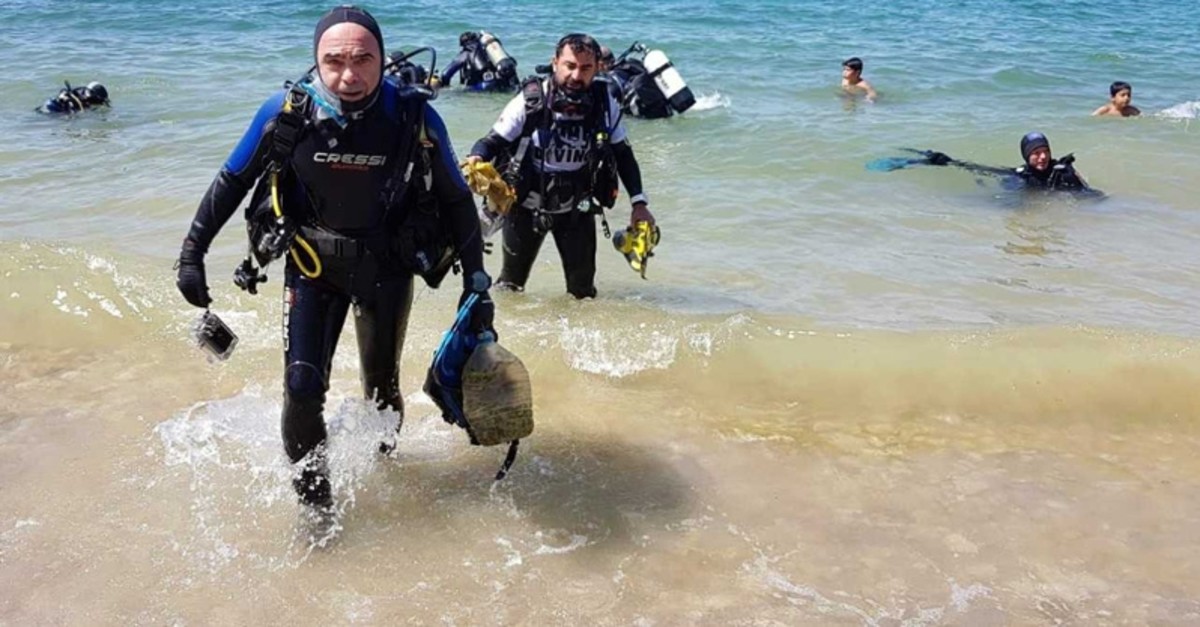 A group of Turkish and Armenian divers dived in Lake Van in eastern Turkey on Monday in order to raise awareness about the protection of the world's largest endorheic lake.

Under the scope of a project initiated by the Van Metropolitan Municipality, Turkish athletes from the Van Diving School and a total of 10 Armenian divers gathered in the eastern Turkish province.

The group carried banners bearing Turkish and Armenian slogans to draw attention to the water pollution in the 3,712 square kilometer surface lake which is the largest in Turley.

The divers have also collected garbage they found during the dive.

Being the largest lake in Turkey, Lake Van is located in the far east of the provinces of Van and Bitlis. It is a saline soda lake, receiving water from numerous small streams that descend from the surrounding mountains. In the last couple of years, the popularity of Lake Van increased with a touristic train line from Ankara and beaches opened up on the shores of the lake. The lake is also popular among divers as the underwater riches of the lake lure explorers to the region.