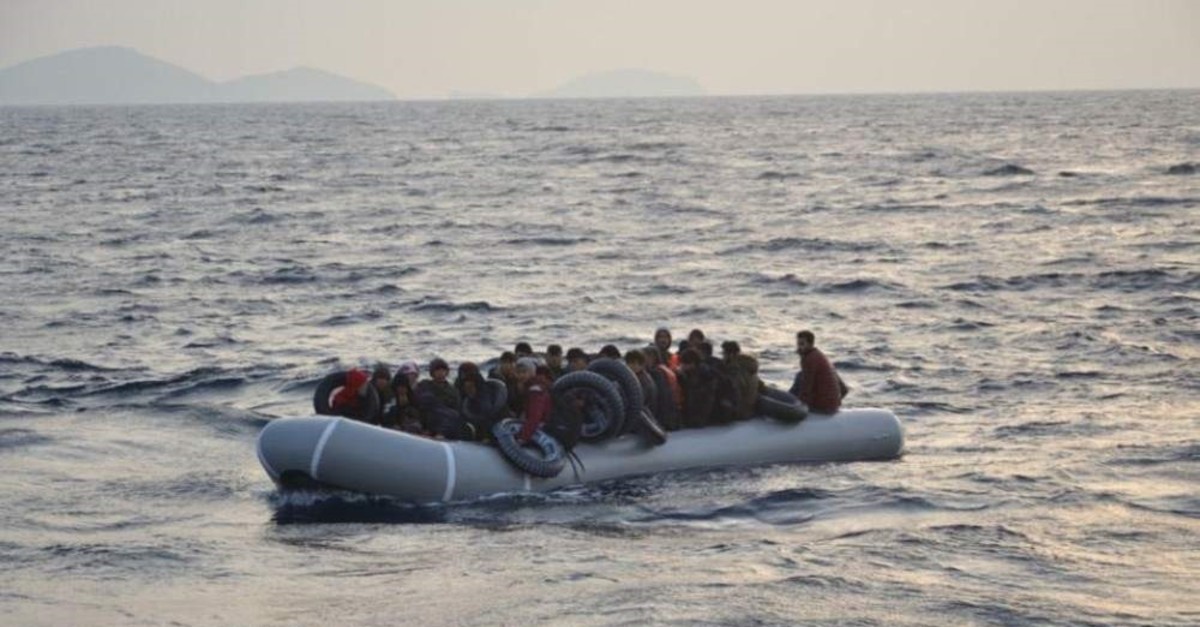 At least 4,974 irregular migrants were held across Turkey over the past week, according to data compiled by Anadolu Agency from security sources.

As many as 2,433 migrants were held in multiple operations carried out by gendarmerie forces in the northwestern Edirne province, bordering Greece and Bulgaria.

According to local security forces in Edirne, Greece has recently stepped up efforts to send irregular migrants back to Turkey in violation of the Geneva Conventions, European Convention on Human Rights and the U.N. Convention Against Torture.

In the coastal provinces of Çanakkale, Balıkesir, Aydın, Izmir, and Muğla, the Turkish Coast Guard and gendarmerie forces rounded up a total of 2,009 migrants as they were trying to cross to Europe through Greece.

Separately, in the northwestern provinces of Kırklareli and Tekirdağ, 71 migrants were held by gendarmerie forces.

Moreover, border forces and the provincial gendarmerie forces in the southern Hatay caught 158 migrants that entered Turkey from Syria illegally.

In the southeastern Gaziantep, Adıyaman, Adana and Diyarbakır provinces, a total of 159 migrants were held by the security forces.

Additionally, some 123 irregular migrants were also held by police in the central provinces of Niğde and Kırşehir.

In eastern Erzincan province, police detained 121 irregular migrants.
The held migrants included people from Syria, Iraq and Iran and many from Pakistan, Afghanistan, Bangladesh and Palestine were present as well. Additionally, a wide variety of African nationals were caught.

All of the migrants held during the week were either taken to hospitals for medical treatment or transferred to provincial migration offices.

In 2018, some 268,000 irregular migrants were held in Turkey, according to the Interior Ministry.