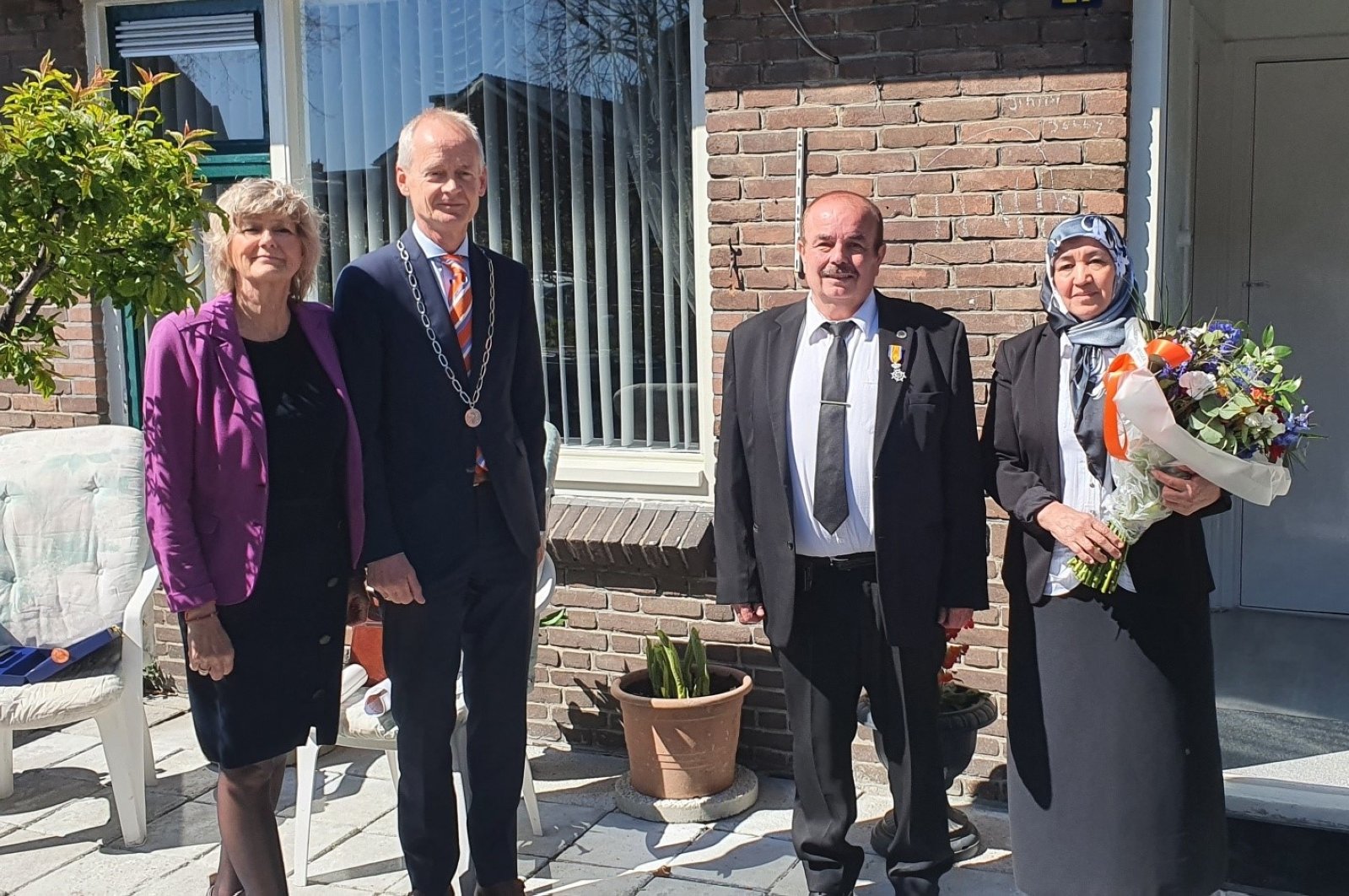 The Netherlands has awarded 16 Turkish citizens a royal medal for their contributions to integration in the country through their volunteer activities.

The ceremony was held in Huizen city in the Netherlands under the shadow of the pandemic. Selahattin Asal, who has been voluntarily serving at the Dutch Religious Foundation mosque for nearly 25 years, was among the recipients of this year's royal medal. Asal received his royal decoration from the mayor of Huizen, Niek Meijer.

Making a statement on the subject, Asal said, "The mayor of Huizen congratulated me. I was excited. I was surprised. My eyes were full. I cried while the award was being presented. It was a very different feeling."

Meijer also presented a bouquet of flowers to the Asal family for their services.

The King's Day celebrations, which are organized to honor the birthday of King Willem Alexander, are held across the Netherlands on April 27.

People located in different parts of the country are presented with the royal medal in the same week. It has been announced that the royal decoration, which has a symbolic value, was given to 2,832 people, 998 of whom were women, in different cities of the Netherlands this year.

It is reported that the youngest recipient was 34 and the eldest was 96 years old. More than 150 Turks from different regions have so far been awarded the royal medal.