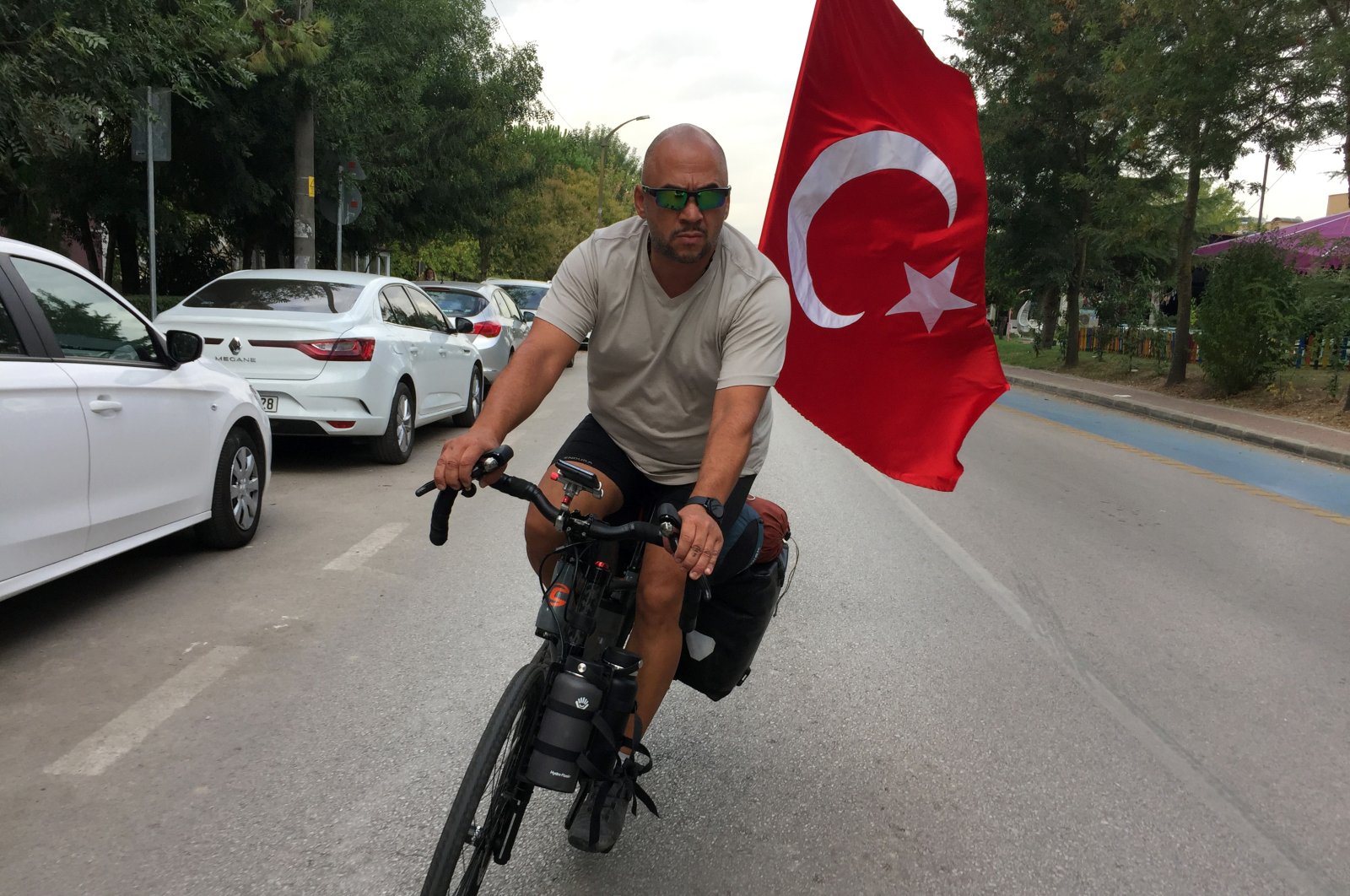 With a large Turkish flag flying at the back of his seat, Recai Pak cycled across Europe amid the pandemic and reached his destination of Kocaeli in northwestern Turkey on Tuesday. The 46-year-old Turkish man journeyed from Cologne, where he works as an engineer, in an initiative to promote Turkish history and culture on his bicycle.

Pak, who left Cologne in August, says he was disturbed by the “negative news” depicting Turks living in Europe in the media, so he set up a social media account to document his journey and reflect the truth about the Turkish diaspora in Europe. “I have thousands of German friends on social media. I want to protest anti-Turkish propaganda and cement Turks’ ties with people of other countries,” he told Anadolu Agency (AA). Pak shoots videos in the Turkish cities he visits to share on social media, saying: “I promote my beautiful country and our people with those videos.” He now plans to travel to the capital Ankara where he will visit Parliament, before starting his journey to the Black Sea, eastern, Mediterranean and Aegean regions of the country. Pak is also planning to ride to the Turkic republics in Asia in the future.