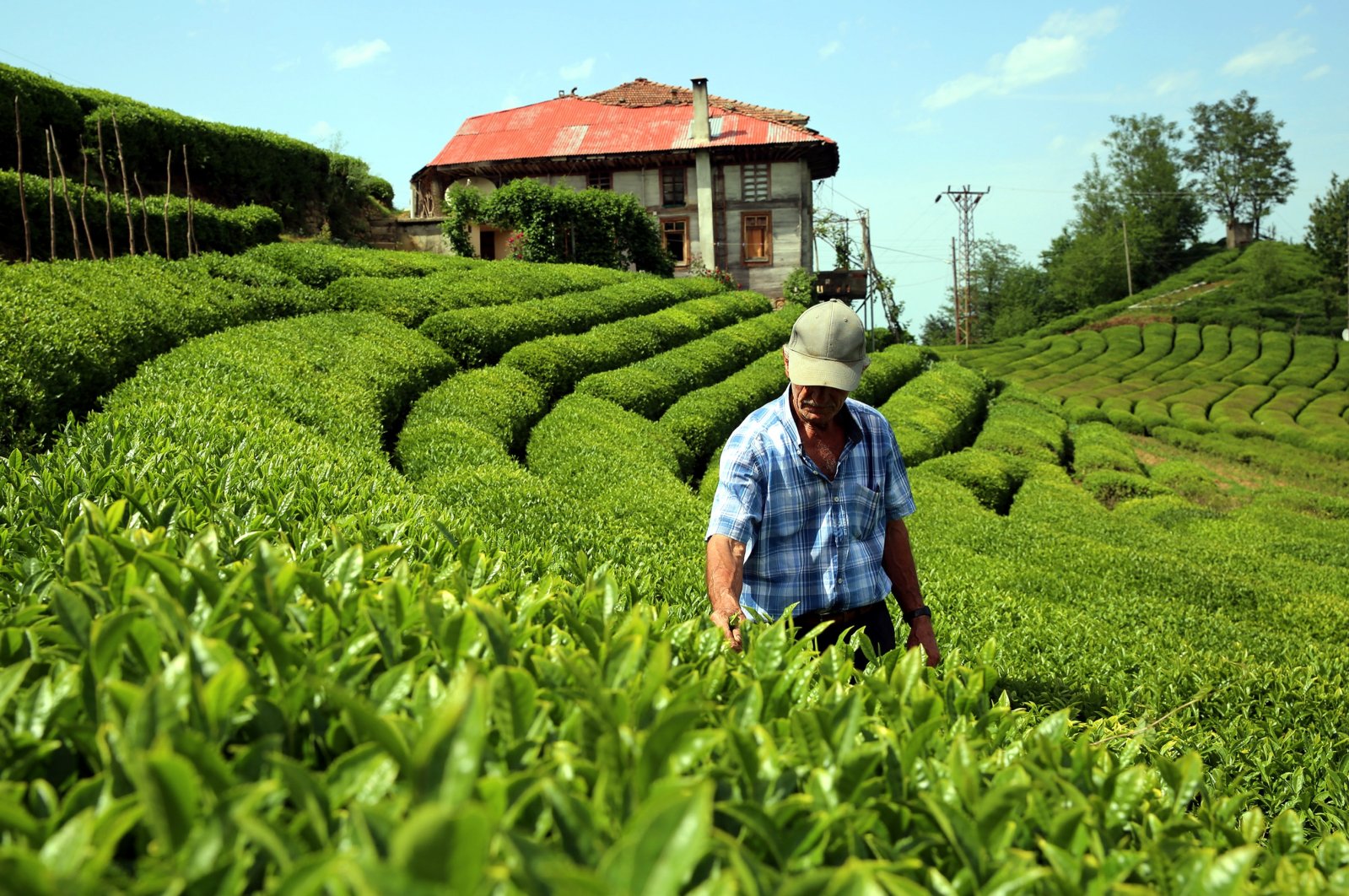 The annual pre-harvest migration to Turkey's eastern Black Sea region, the top area for tea production, has begun. Experts warned Monday that manufacturers, most of them from major cities, should follow isolation steps to counter the risk of COVID-19.

More than 100,000 tea producers are expected to come to the region from larger cities, such as Ankara and Istanbul, for the harvest season that will start around mid-May.

Osman Birol Özgümüş, a professor of medical microbiology, warned tea producers and local governments to be careful of COVID-19 and its new mutations. He said lower mobility among people means a lower rate of contagiousness for viruses.

"The possibility of different virus mutations and viruses with high contagiousness is increasing. Most importantly, mobility is increasing. We need to reduce this mobility. For this, people who come from outside should stay away from being together with their families in closed environments. The more we reduce this mobility, the more we will reduce the number of people infected with the virus. Thus, the number of cases will decrease day by day," he told Demirören News Agency (DHA)

The director of Turkey's tea enterprises, Yusuf Ziya Alim, suggested a 10-day isolation period for manufacturers coming from different cities. He said if the COVID-19 safety rules are followed, the risk of contamination during outdoor tea collection will be very low.

"As the tea harvest takes place completely in an open field, there is no problem as long as families do not visit each other's homes. Reception areas are less crowded than even a grocery store. I do not think it will be a problem after maintaining social distance. If everyone only cares about their own health, no one will infect anyone else. I believe this year's tea season will be much healthier than last year since we all have experience now," he told DHA.

Meanwhile, The Turkish Cabinet will discuss adopting a tighter lockdown on Monday as the government tries to prevent a second lost year of tourism revenues, officials said.

After the last Cabinet meeting two weeks ago, as coronavirus cases surged, the government reined in social activities and travel.

But government officials said the fall was not enough and ministers would look into imposing new measures to last through a May 13-15 holiday at the end of the Islamic fasting month of Ramadan, in a way that does not hit economic production.

"Cases ... have been falling for a few days, but this is not enough. A full shutdown will be on the Cabinet's agenda and this option should be implemented," one official told Reuters, requesting anonymity.

The measures, while careful to allow economic production to continue, could close shopping malls and require special permits for intercity travel, the official said. Cafes and restaurants are already shut.

Last Friday, Health Minister Fahrettin Koca said the latest restrictions had shown some results, including a %20 fall in cases in Istanbul and fewer hospital patients, though they were still a burden on intensive care units.

He also said measures would be tightened if the targeted fall in cases did not materialize.

Turkey has registered a total of 4.63 million COVID-19 cases, with the death toll standing at 38,358. It is fourth globally in daily virus cases and first on a per-capita basis among major nations, while deaths peaked at 362 last week.

Russia this month restricted flights to and from Turkey until June 1. Ankara said the move could cut tourist numbers by some 500,000.

"Tourism is of critical importance for foreign exchange inflows," the first official said. "So as not to miss out totally on the tourism season, these measures must be implemented strictly."

It's the solution, we have to put up with a full shutdown. But this must be done without harming the production side," a second official told Reuters.

"The closure of schools and shopping malls appears appropriate given the infection risk," he added.