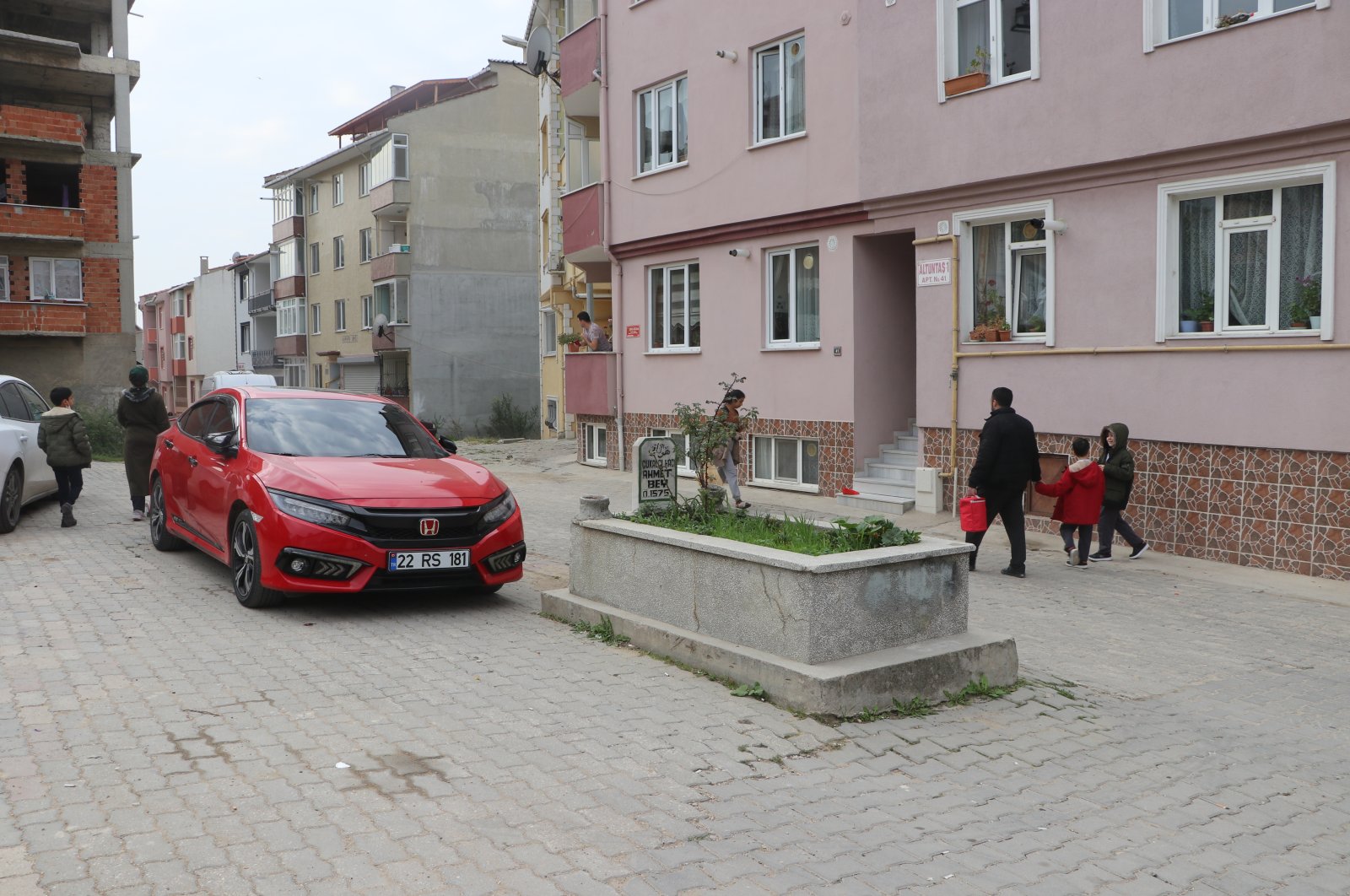 A proper grave, complete with a gravestone, is not something you can come across in the middle of a busy road. In the northwestern Turkish province of Edirne, it is a symbol of reverence and also a way to slow down cars zooming past the street, to the chagrin of locals.

For many, the grave is not actually a burial plot, though it bears the name of “Çukalcı Hacı Ahmet Bey,” the man who built a nearby mosque, which became dilapidated and collapsed over time. His grave was in the mosque’s courtyard but when the remains of the mosque were removed, locals decided to pay tribute to the man, who is believed to have lived in the 16th century, and built a new grave for him.

İrfan Deniz, mukhtar of Nişancıpaşa neighborhood where the grave is located, said they found an old gravestone while debris was being removed, and discovered it was the patron of the mosque. They subsequently allocated a space in the empty lot next to the collapsed mosque. When urbanization rapidly crept in, the grave was surrounded by new buildings, and eventually, a street. Locals decided to remove it at first but when the traffic increased at this intersection of three busy streets, they thought it would be good to keep the grave where it is. “Children were playing around here while cars were driving fast through the street. So, we thought it would be better if it stays where it is,” Deniz told Anadolu Agency (AA) on Monday.

Though some locals are aware that it is not an actual grave, others unfamiliar with its history still pay their respects to “Çukalcı Hacı Ahmet Bey,” reciting prayers by his “graveside,” planting and watering flowers on the grave.