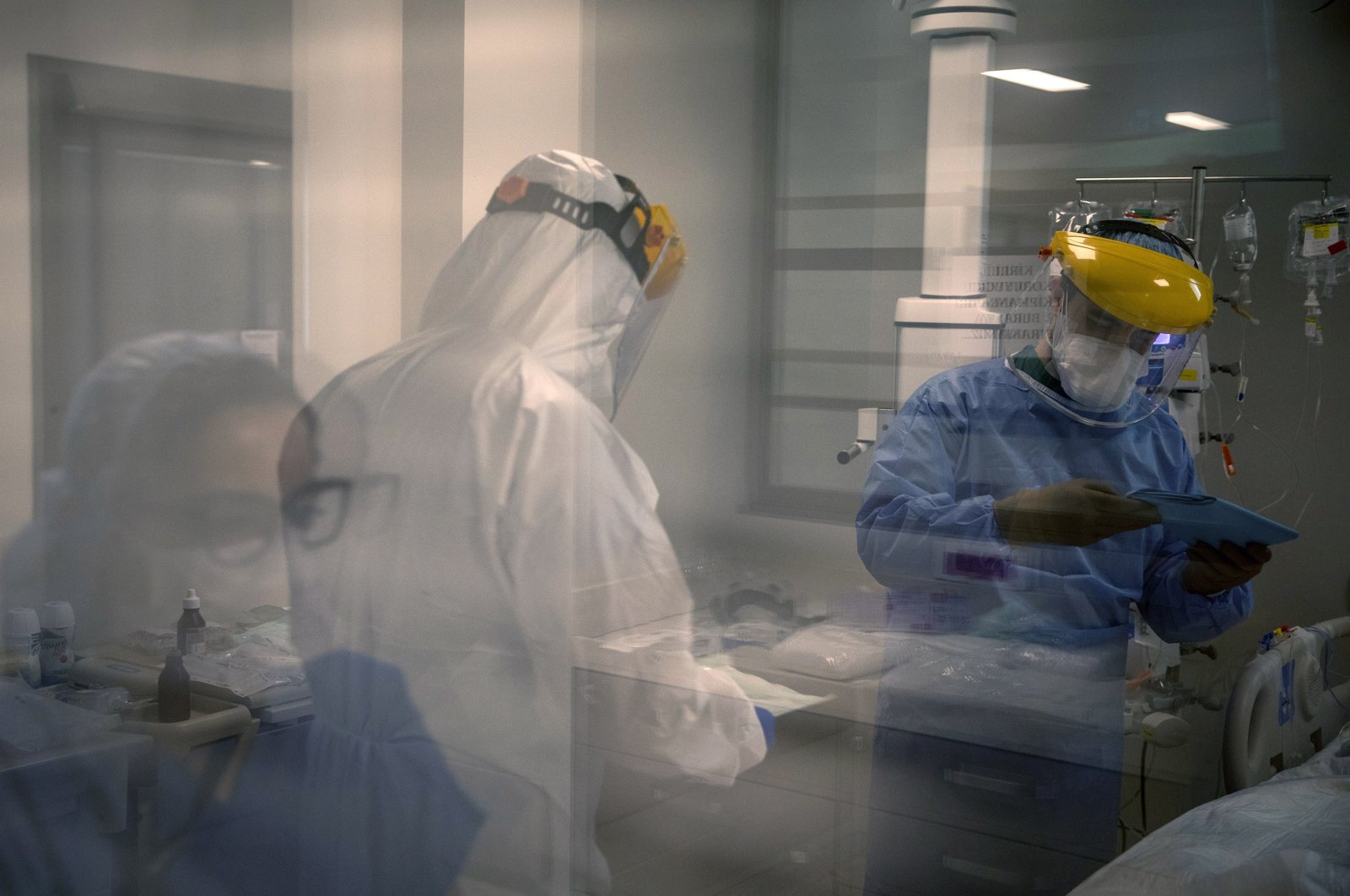 An assistant doctor (R) and nurses prepare to perform a procedure on a patient infected with the coronavirus in the COVID-19 dedicated ICU (Intensive Care Unit) at the Acibadem Altunizade Hospital in Istanbul, Turkey, April 20, 2020. (Getty Images)
by DAILY SABAH WITH AA Nov 06, 2020 3:56 pm
RECOMMENDED

Ilhan also said people’s negligence of measures meant to prevent infections increases the burden on health care workers. He points out that from technicians to nurses, from doctors to attendants, every health care worker has been on duty in the fight against the outbreak. “They cannot even take leave and for a long time have had to work without seeing their families in person. However, this does not lessen their motivation,” Ilhan said.

The country's overall patient tally now stands at 386,820. The total number of recovered patients reached 332,379, while fatalities stand at 10,639. The number of tests has exceeded 14.7 million. Ilhan said the disease was still “effective” in Turkey and in the rest of the world and saw a surge recently, warning that people aged 65 and above and people with chronic illnesses “are in risk groups.”

“The burden of the disease on health care workers can be eased if the public heeds the measures, like wearing masks, adhering to social distancing and hygiene rules. As winter approaches, people should decrease the time they spend indoors together, avoid crowds and ventilate the places they are in often,” he said.

Earlier this week, the government announced new measures against the virus, including an early closure of cafes, restaurants and other businesses in a bid to curb the outbreak. The Interior Ministry also tightened inspections. On Friday, nationwide inspections were held with the participation of law enforcement officials, municipal police and other officials. The ministry had ordered more crews to be deployed on the streets for inspections. Mass transit vehicles and taxis were also stopped and checked for compliance with the measures in Friday’s inspections.