30 former cadets arrested in operations against FETÖ in Turkey 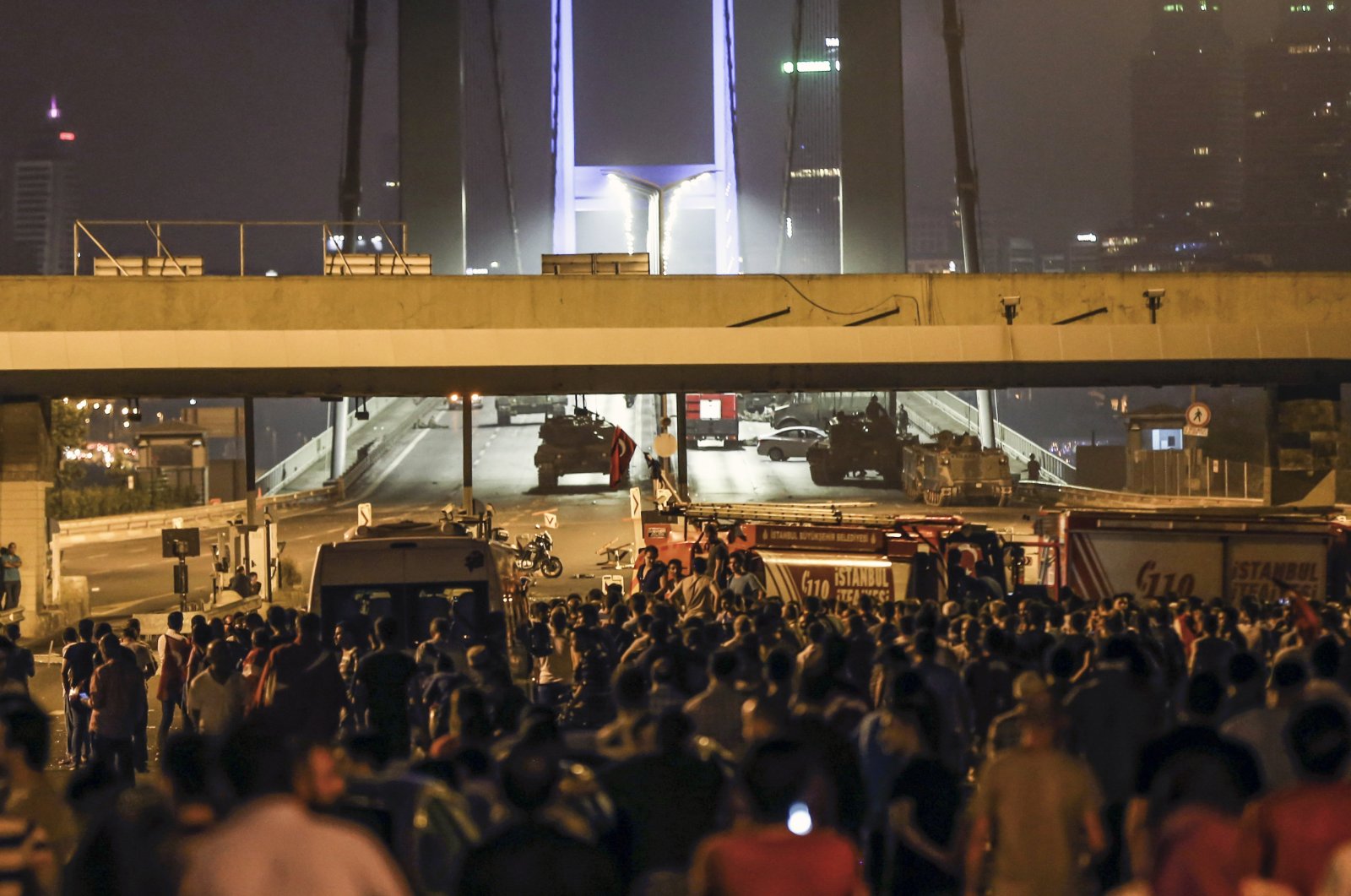 Turkish police Tuesday arrested 30 out of 47 wanted suspects for links to the Gülenist Terror Group (FETÖ). All were former military cadets and were wanted in relation to an operation against the terrorist group’s infiltration into the Land Forces Command. A manhunt is underway to capture the other suspects.

The Chief Prosecutor’s Office in the capital Ankara said in a statement that arrest warrants were issued for the suspects when it was discovered that they had been in contact with “civilian” members of the terrorist group who served as their handlers. Operations were carried out in Ankara and 16 other cities to apprehend the suspects. The suspects had already been dismissed from military schools for their suspected links to the terrorist group that was behind July 15, 2016 coup attempt.

Military schools have been the primary source in FETÖ’s scheme to plant its members in the Turkish Armed Forces (TSK) over multiple decades. Masters at disguising their ties to the group and aided by other infiltrators, they made their way into the upper ranks over the years. When the army moved to weed them out, the infiltrators staged a coup, which ultimately failed thanks to strong public resistance.

Two former military cadets, who were arrested earlier this month but released subject to bail after collaborating with authorities, had disclosed several FETÖ members who checked on and assisted them. The cadets were detained in the central province of Kayseri after invoking the “remorse law” granting them lenient sentences in exchange for tangible information about FETÖ.

N.C., one of the cadets, whose initials only were made public, told investigators that FETÖ members motivated him to join a military school training gendarme officers in the capital Ankara and once he was admitted to the school in 2014, FETÖ’s handlers contacted him again. He said a man he knew as “Serhat” called him and asked him to “remain in touch,” but he told him not to call him again. N.C., who identified two FETÖ handlers under the code names “Akif and Serhat” said the terrorist group’s members tried to contact him for two years, but he did not return their calls.

S.G., another cadet, said he attended FETÖ’s “houses” to study for military school exams before he was admitted to a gendarmerie school in 2015. “Houses” refer to dormitories where FETÖ-linked students used to stay. “I met a fellow cadet there and we were both contacted by someone called Selim (a FETÖ member). He installed the Viber and WeChat apps on our cellphones and said we would arrange meetings through these apps as 'a precaution,'” S.G. told interrogators.

S.G. said he was then contacted by another man from FETÖ and together with his fellow cadet met another man at a house in Ankara’s Keçiören district, who introduced himself as the “imam” of the military school. The “imam” in the terrorist group’s jargon means a handler for infiltrators. “This person told us not to draw attention to ourselves and to become accomplished in our classes. He asked us if we refrained from openly performing prayers,” S.G. said.

FETÖ, which posed as a religious movement, is known for suggesting its infiltrators not perform Islamic prayers openly and portray themselves as nonreligious people to avoid suspicion. S.G. said he cut off contact with FETÖ later, though the “imam” repeatedly called him and asked him and his friend to visit him.