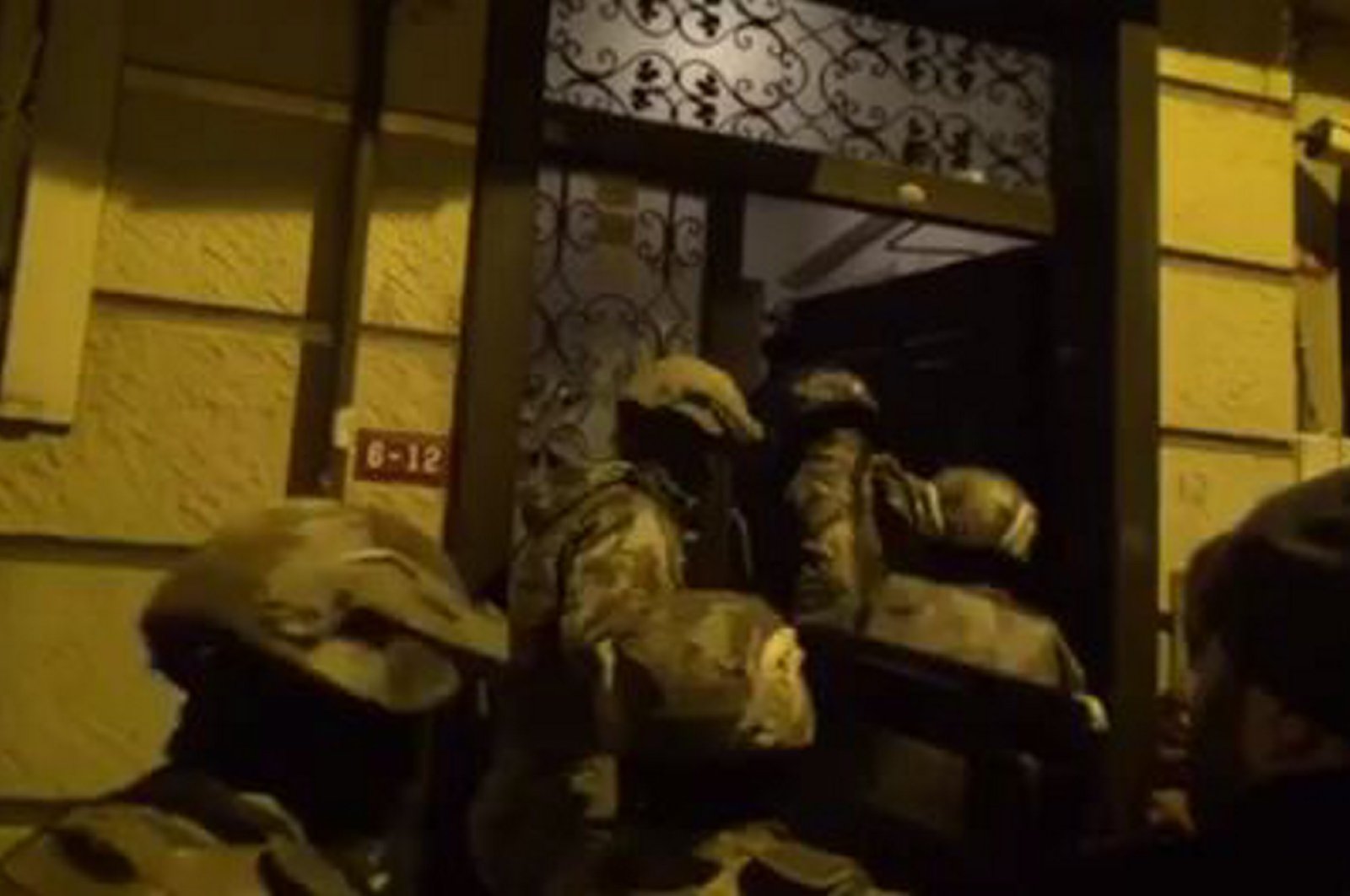 This undated photo shows police raiding one of the hideouts of the gang. (Photo by Emir Somer)
by Daily Sabah with Agencies Mar 16, 2020 2:50 pm

Ankara Chief Public Prosecutor’s Office disclosed an indictment on Monday for 75 suspects for violating the law on online gambling and gaming regulations, which can result in up to 11 years of imprisonment.

According to the indictment, the suspects used the application Slack to communicate and earned $100,000 daily online with the money transfer application “Jeton (Token).”

It is also indicated in the indictment that the organization’s leader Anıl Uzun also has U.K. citizenship and his brother Onur Uzun was among managers of the organization. It is also noted that Uzun’s sister, Fatma Uzun Demirtaş, whose husband Ümit Demirtaş is also among suspects, is a partner of a company in Bursa province. The company reportedly used to recruit people for the organization.