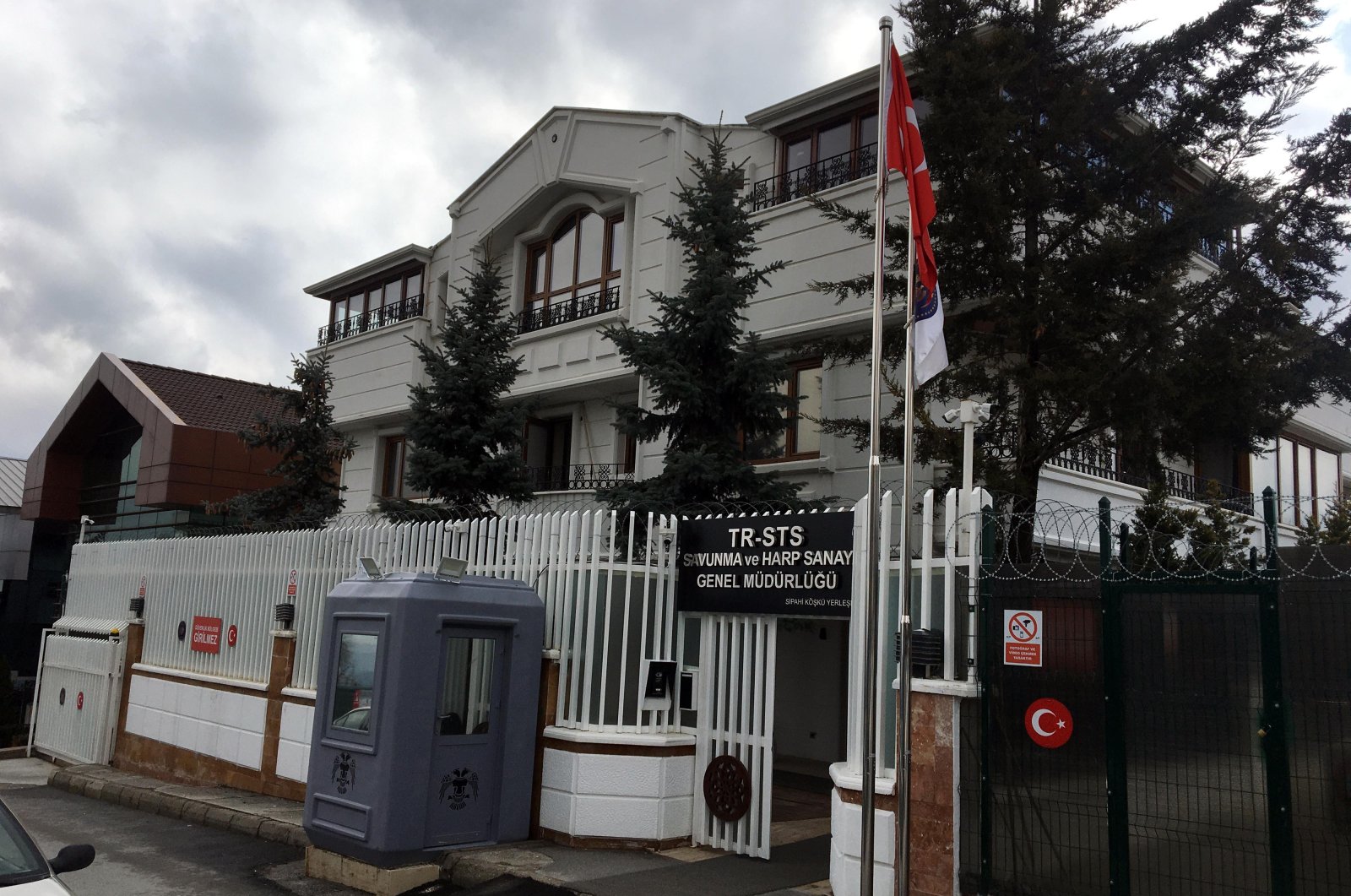 The criminal organization, which introduced itself as a company affiliated with Turkey’s Defense Industries Presidency (SSB) made a profit of TL 5 million by threatening firms operating in the defense sector.

During the operations, police nabbed seven people, seizing many weapons, bugs and jammers in the so-called high-security company building, which was previously used as an embassy.

The Anti-Financial Crimes Branch teams of the Ankara Police Department found out that companies operating in the defense industry were the targets of defrauding by the gang.

Investigations revealed that the company named "TR-STS Defense and War Industry General Directorate" was introduced as an establishment of the SSB. After six months of technical and physical follow-up, simultaneous operations were conducted at eight addresses, including the company building. So-called TR-STS Defense and War Industry General Directorate Deputy Chairperson, who goes by the initials, H.M.A. was detained in the operations, along with seven others, including executives S.Y. and Ö.Y.

The building which was previously used as an embassy building was said to be protected like a castle. The warning signs reading “No audio and video recording is made in this facility due to NATO and national secrecy projects” on the high-security building particularly drew attention.

It was also revealed that the company officials, who introduced themselves as high-ranking bureaucrats, made public appearances in luxurious restaurants with personal armed guards.

Employees who wanted to leave the company were also said to be threatened in several ways, including “blood” signs on their vehicles.

Investigations are currently ongoing while the suspects were taken into police custody.