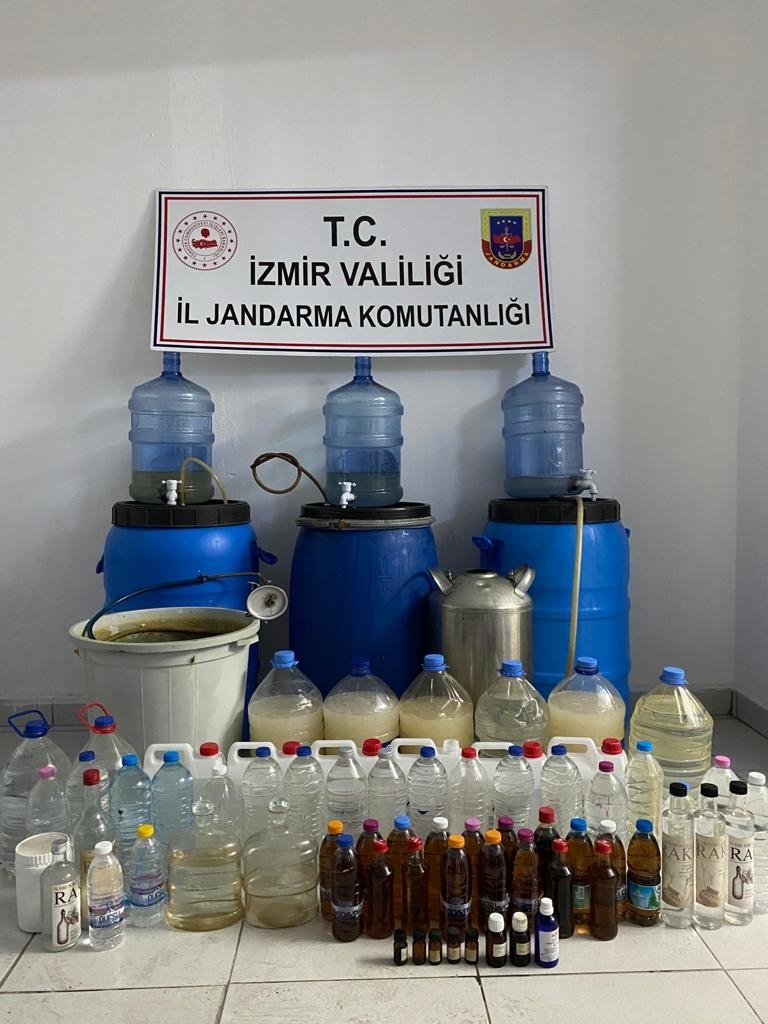 According to the officials, gendarmerie forces seized a distillation device and 40 liters of ethyl alcohol, as well as 462 liters of bootleg alcohol in a raid at a house in Izmir’s Dikili district.

The raid came after security forces received a tip about a man producing and selling bootleg liquor.

Officials said the man in question was arrested during the operation.

Turkish police stepped up efforts against bootleggers following the deaths of nearly 100 people over the last three months which were caused by drinking tainted liquor. Since the first deaths, more than 500 suspects have been detained by police and gendarmerie across the country

Bootleg alcohol made with methyl alcohol instead of ethyl alcohol causes serious harm to the body and if consumed can result in death. Illegally produced liquor is often laced with methanol, which can cause permanent blindness, metabolic disturbances and death. However, using ethyl alcohol that hasn't gone through the fermentation process and is produced for other uses also causes serious health problems.

Local authorities vowed to step up inspections against bootleg alcohol production in a country where alcoholic beverages are subject to high taxes like tobacco products.

No exact figures are available, but media reports show some deaths stemmed from drinks sold by liquor stores illegally branding them as legal. Others originated from drinks purchased directly from illegal breweries or from drinks victims made at home without proper recipes, miscalculating the amount of harmful content used in brewing.