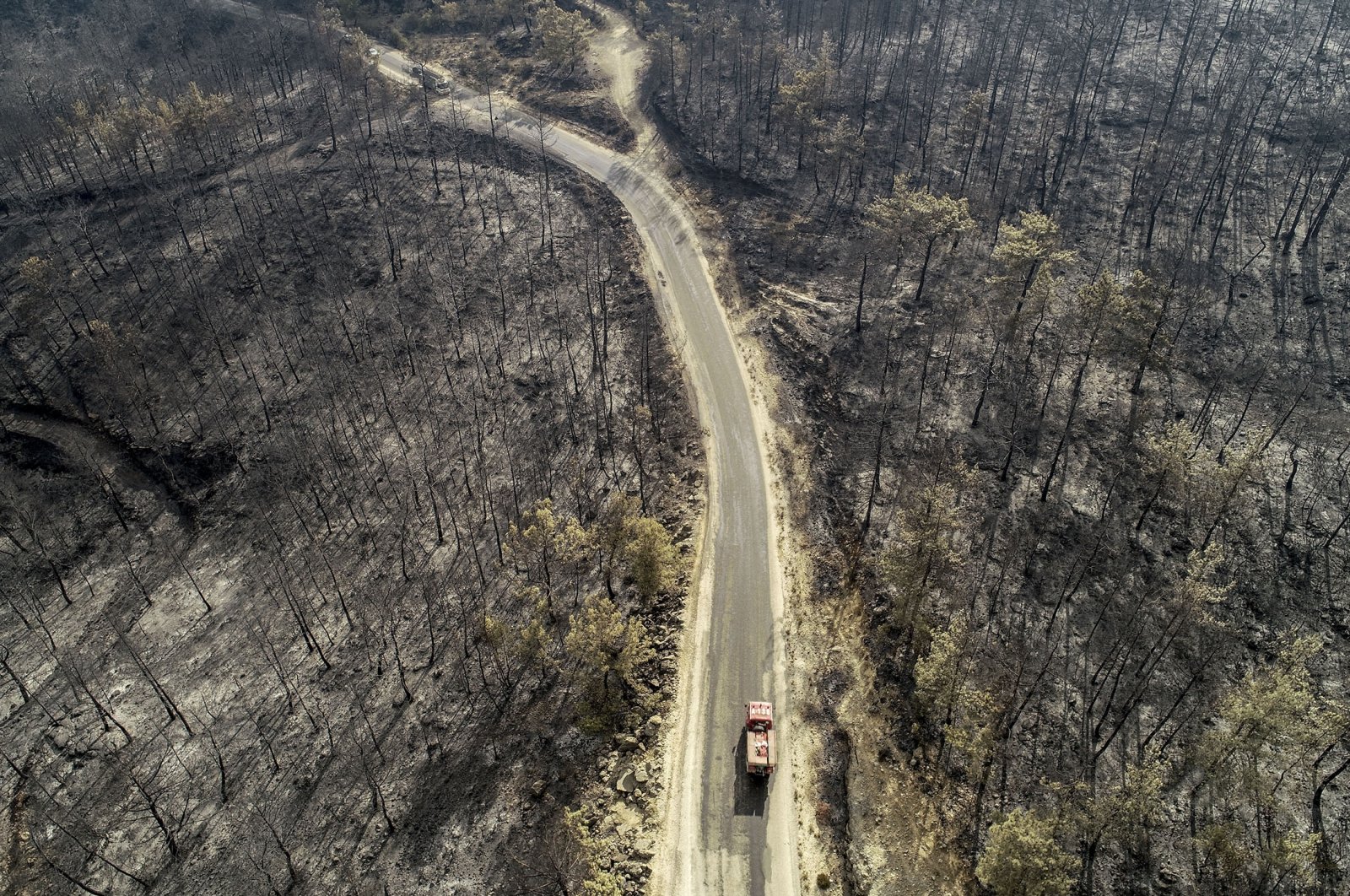 A number of fires have been raging in the south of Turkey for the last couple of days, and on Saturday President Erdoğan declared the regions affected by the wildfires in Antalya, Muğla, Mersin, Adana and Osmaniye as “Disaster Areas Affecting General Life.”

"We will continue to take all necessary steps to heal our nation's wounds, compensate for its losses and improve its opportunities," Erdogan said on his social media account.

Erdoğan stated that the decision was taken by the Disaster and Emergency Management Presidency (AFAD). "I express my best wishes to our beloved nation, especially our citizens in the disaster areas, and I wish Allah's mercy on our citizens who lost their lives due to the disaster, and speedy recoveries to our wounded," he said.

Fires erupting one after the other are usual during forest fire season when temperatures are at their highest, but the damage was unprecedented this time as flames devastated entire villages.

The wildfires were particularly damaging in the vacation resort towns of Antalya and Muğla and quickly spread due to strong winds. Mersin, Adana and Osmaniye, three neighboring provinces in the south, have also been experiencing massive fires since mid-week.