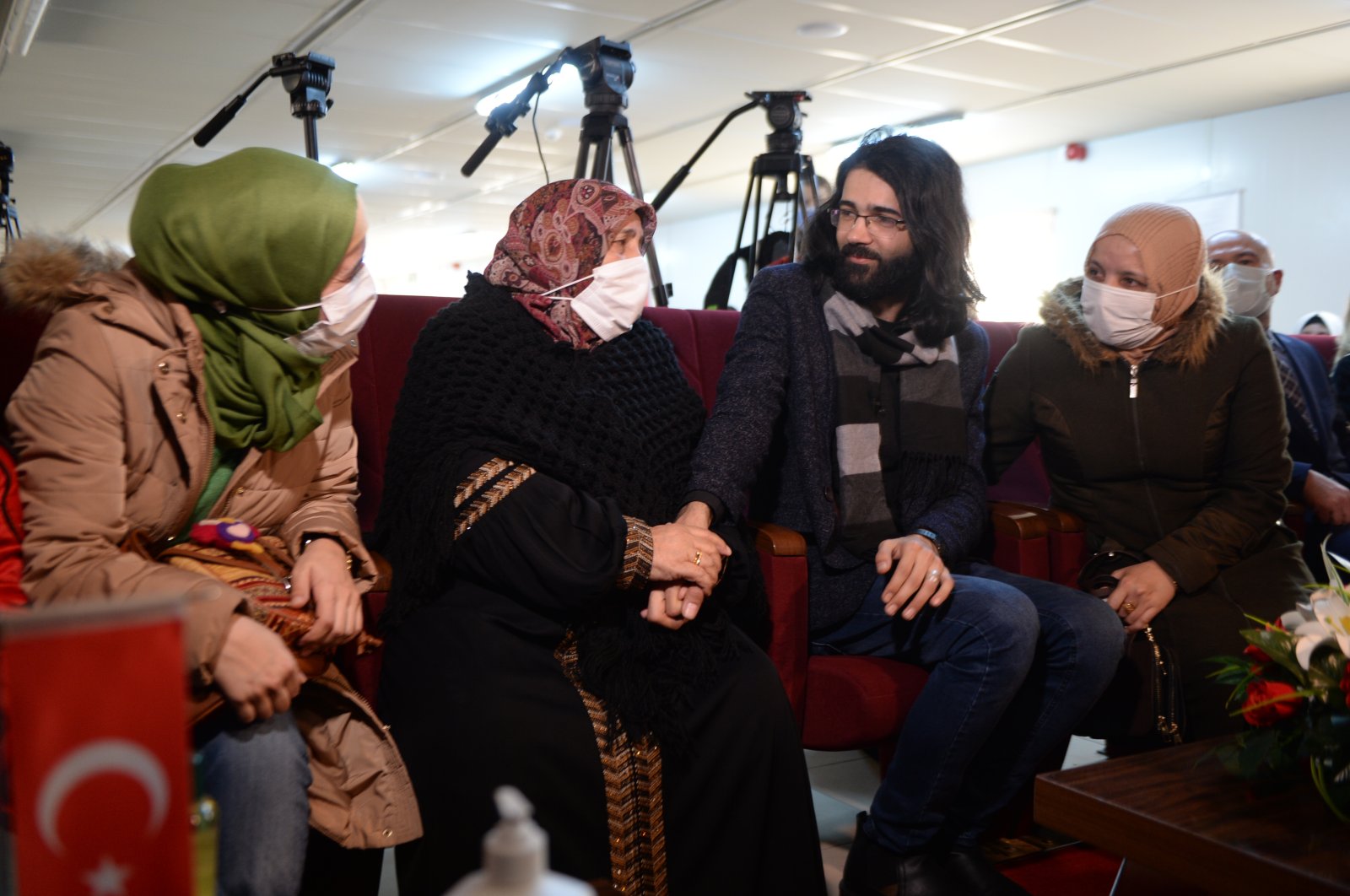 Adnan al-Asmar had no idea that his mother and sisters would be among the audience when he took to the stage at a refugee camp for Syrians in Turkey Friday.

The young pianist, who sent his family off to Turkey eight years ago amid the ongoing civil war in Syria, was speechless when he met them. The reunion was courtesy of Yunus Emre Institute (YEE) which arranged a surprise meeting for the family.

The al-Asmar family lived in Syria’s Azaz before the war. When the conflict broke out, Adnan decided to move his family to Turkey, which has been a safe haven for millions from the war-torn country. He preferred to stay in the country, "to give hope to people with music." The family had little contact since then and did not see each other for years. When Turkey helped the Syrian opposition to liberate Azaz from the terrorist groups, the pianist joined a band set up by YEE’s newly opened culture center in the Syrian town. When a Turkish culture center official heard about his story, he decided to help al-Asmar reunite with his family in Turkey. The institute arranged a trip for the band to Turkey, to perform a concert at a refugee camp in the southern province of Kahramanmaraş and located the pianist's sister Sahar in the nearby province of Hatay.

Hamida al-Asmar burst into tears when her son took the stage and started playing a Turkish song about separation. Her son was shocked to see them. "I don’t know what to say. It is so emotional. I know how I feel but can’t describe this precious moment," al-Asmar told reporters as he sat between his sisters and mother.

"This is something beyond words," his mother said. "I didn’t know he would be here when we were invited to this concert. I haven’t seen my son for years. I am grateful to everyone who made it happen," she said amid tears.

Turkey is home to 3.6 million refugees from Syria, the largest such community in the world. It also protects the northern Syrian regions from terrorist groups' hold with various services. YEE, a state-run agency focusing on the promotion of the Turkish language and culture in the world opened a center in Azaz last year.

Azaz was liberated from Daesh terrorists by the Turkish military and aligned Syrian opposition forces during the 2016 Operation Euphrates Shield. Since then, the town has become an area with a high concentration of refugees and the main hub of Turkish relief efforts in the region.