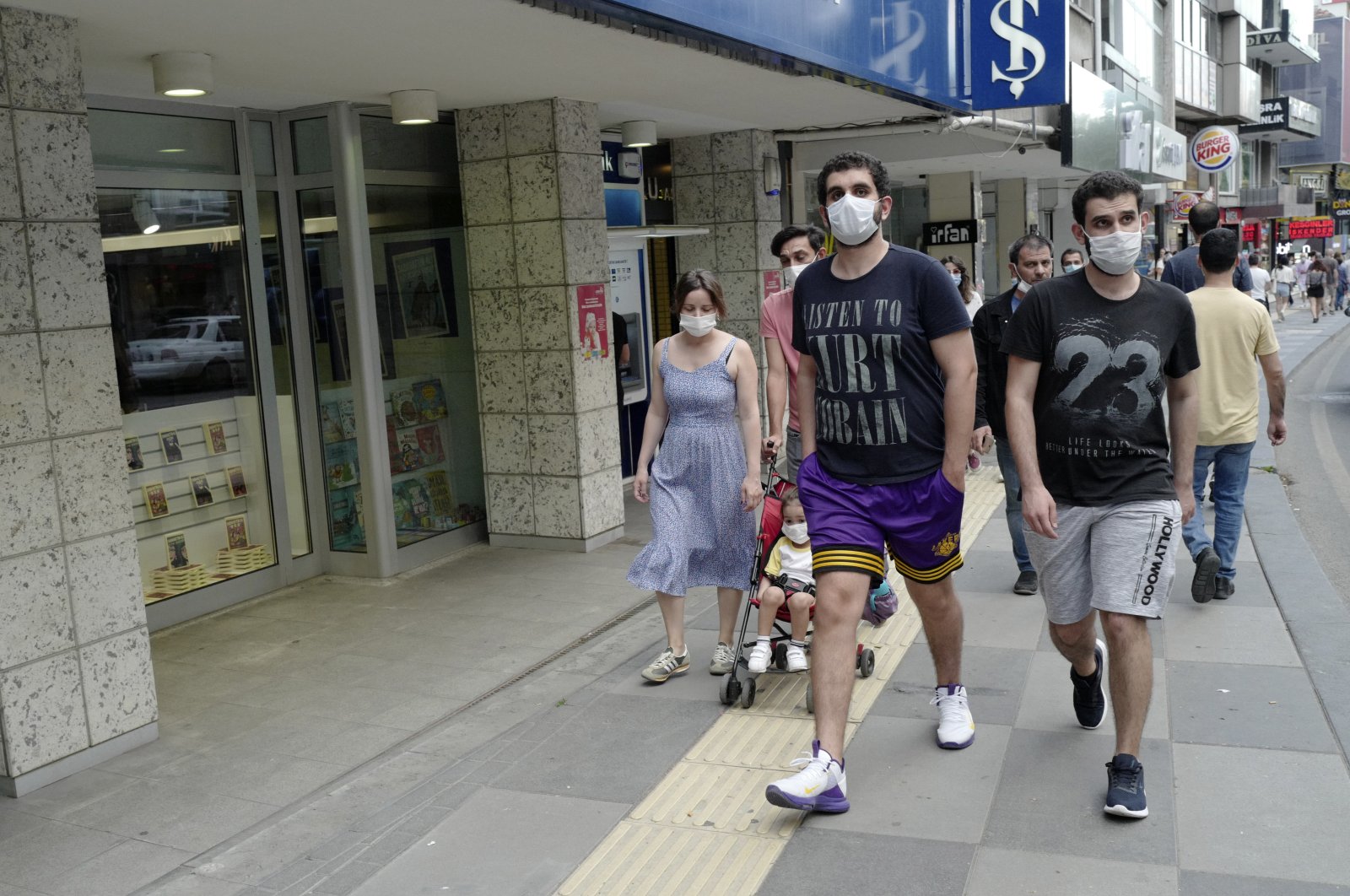 People wearing face masks to protect against the spread of coronavirus, walk in a popular shopping street after a nine-hour curfew, in Ankara, Turkey, June 28, 2020.
by DAILY SABAH
Jun 29, 2020 8:06 pm

Announcing the country’s latest coronavirus stats on Twitter, the minister said 1,374 new infections were also recorded in the past 24 hours, increasing the number of total cases to 198,163.

“We are not determined enough to reduce the case numbers and we are not cautious enough,” the minister wrote, criticizing scenes circulating on media that show people ignoring social distancing and refusing to wear a mask.

According to data shared by the minister, more than 50,000 tests were carried out in the past day.

Despite the troubling increase in daily new infections since the normalization process began, Turkey has managed to nurse more than 85% of its coronavirus patients back to health.

While Koca has assured the public that the local fluctuations in case numbers do not indicate the emergence of a second wave, he and the country’s Coronavirus Science Board have warned that the surge in new infections is not to be ignored and continuation of the increase could mean a serious setback in the fight against the outbreak.