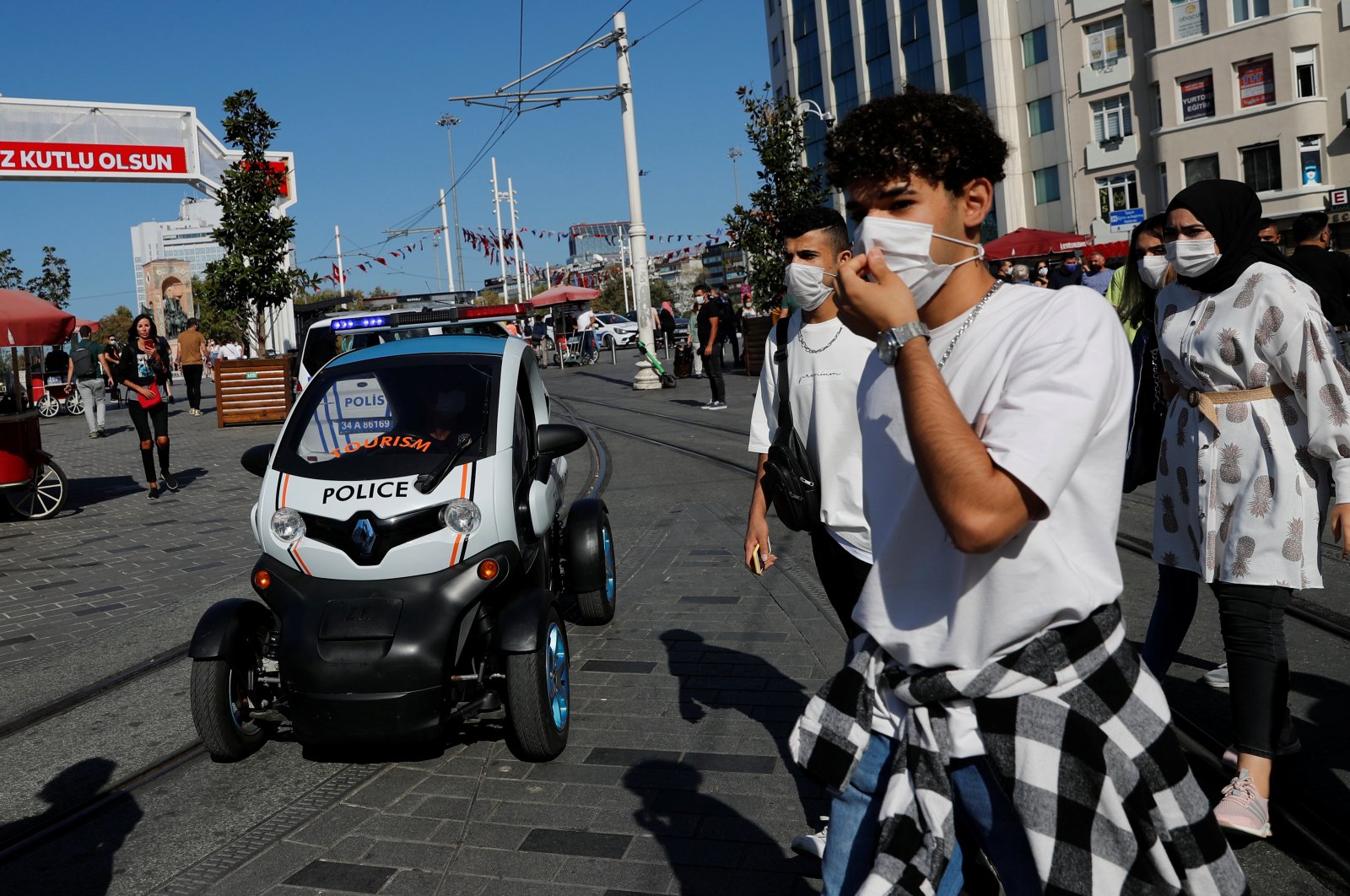 A member of the Tourism Police sitting in car patrols fine people for not wearing protective face masks at the main shopping and pedestrian street of Istiklal as the spread of the coronavirus disease continues, in Istanbul, Turkey Sept. 27, 2020. (Reuters Photo)
by DAILY SABAH
Sep 29, 2020 8:05 pm

Turkey recorded 1,467 new coronavirus cases and 68 deaths in the past 24 hours, the Health Ministry said Tuesday.

With the 68 new fatalities, the death toll from the virus reached 8,130.

A total of 114,940 more coronavirus tests were conducted over the past 24 hours, bringing the total to over 10.2 million.

The figures also showed that the number of patients in critical condition remained at 1,583 with 6.5% suffering from pneumonia.

In an effort to halt steadily rising rates, the government has introduced several measures, making wearing masks outside mandatory across the country and running mass transit at a reduced capacity.

COVID-19 has claimed more than 995,000 lives in 188 countries since last December. Over 32.3 million cases have been reported worldwide, according to figures compiled by the U.S.-based Johns Hopkins University.